The match was a personal triumph for Steve Smith, who in his first Test since a 12-month ban for his role in a ball-tampering scandal, scored 144 and 142. 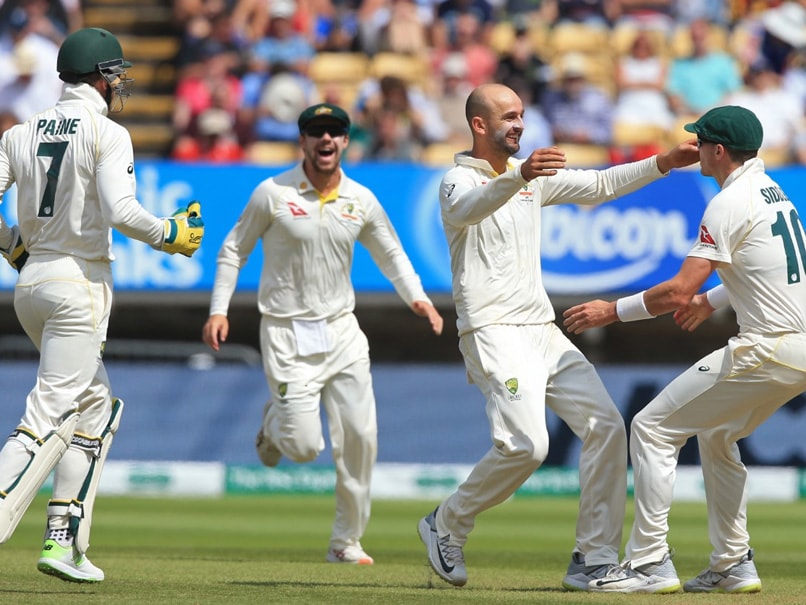 Australia beat England by 251 runs to win the first Ashes Test at Edgbaston on Monday. England, set an imposing target of 398 to win, collapsed to 97-7 in the post-lunch session on the fifth and final day before being bowled out for 146. Off-spinner Nathan Lyon took 6-49 and fast bowler Pat Cummins 4-32 as Australia enjoyed their first win in all formats at Edgbaston since 2001 -- the last time they won an Ashes series in England. Defeat for the home side ended their run of 11 successive international wins at their Birmingham 'fortress'.

The match was a personal triumph for Australia's Steve Smith, who in his first Test since a 12-month ban for his role in a ball-tampering scandal, scored 144 and 142.

In the process the star batsman became just the fifth Australian to score two hundreds in an Ashes Test.

His first-innings century helped guide Ashes-holders Australia to 284 after they had collapsed to 122-8.

England replied with 374, their first-innings lead of 90 built on a maiden Test century from left-handed opener Rory Burns, who made 133, and fifties from captain Joe Root and vice-captain Ben Stokes.

Australia capitalised on the absence through injury of James Anderson, England's all-time leading Test wicket-taker, who only sent down four first-innings overs before breaking down with a calf problem that meant he did not bowl again in the match.

The match was the first of the International Cricket Council's new World Test Championship, with Australia's win giving them 24 points.

The five-match series continues with the second Test at Lord's starting on August 14.

Nathan Lyon The Ashes 2019 England vs Australia, 1st Test Cricket
Get the latest updates on Fifa Worldcup 2022 and check out  Fifa World Cup Schedule, Stats and Live Cricket Score. Like us on Facebook or follow us on Twitter for more sports updates. You can also download the NDTV Cricket app for Android or iOS.