"Nothing to lose" For England's Jack Leach After Ashes Call-Up

Jack Leach is in contention to start in the 2nd Ashes Test on Wednesday after replacing fellow spin bowler Moeen Ali in the squad. 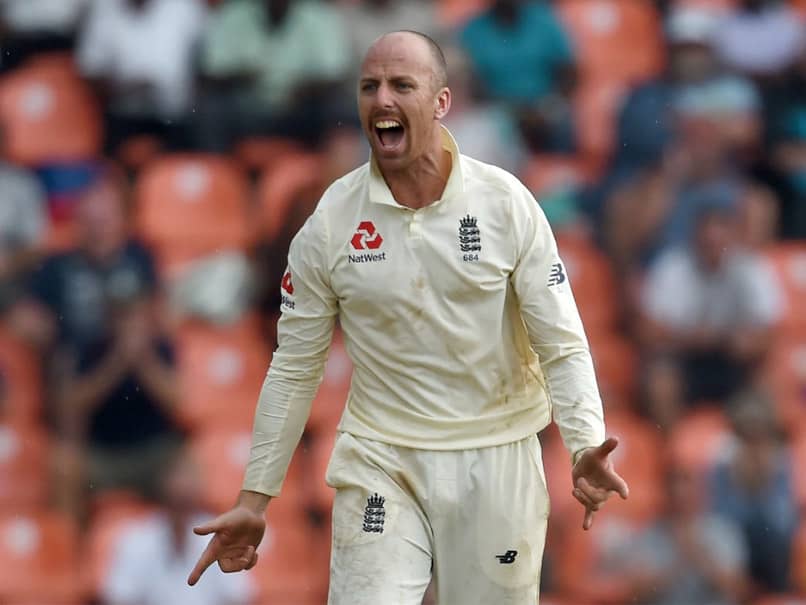 Jack Leach will be key to the task of containing batting star Steve Smith.© AFP

Jack Leach admitted on Sunday that he has "nothing to lose" after the England spinner was called up for the second Ashes Test against Australia at Lord's. Leach is in contention to start in the clash on Wednesday after replacing fellow spin bowler Moeen Ali in the squad following his team's first Test thrashing at Edgbaston, and he is ready to play with no fear after his earlier than expected role in the series. "It feels like I've got nothing to lose and a lot to gain," Leach said on BBC radio programme Sportsweek.

Leach will be key to the task of containing batting star Steve Smith, who scored a century in both Aussie innings last time out to help his side to a 251-run victory over England.

The 28-year-old's last appearance at Lord's earlier this summer saw him score 92 as a nightwatchman as England overcame a dismal first innings to beat Ireland in an Ashes warm-up.

But this week all the focus will be on his bowling as England hope he can be the man to crack Smith.

"There has been a focus on his supposed weakness against left-arm spin," he said.

"It's the same for every batter. I want to get every batter out. Yes, there's Steve Smith but there's 10 other guys as well and I'll be focusing on all of them."

Lord's, London The Ashes 2019 Cricket England vs Australia, 2nd Test
Get the latest updates on IPL 2020, check out the IPL Schedule for 2020 and Indian Premier League (IPL) Cricket live score . Like us on Facebook or follow us on Twitter for more sports updates. You can also download the NDTV Cricket app for Android or iOS.