India, Australia, England and New Zealand are the four semi-finalists of World Cup 2019. 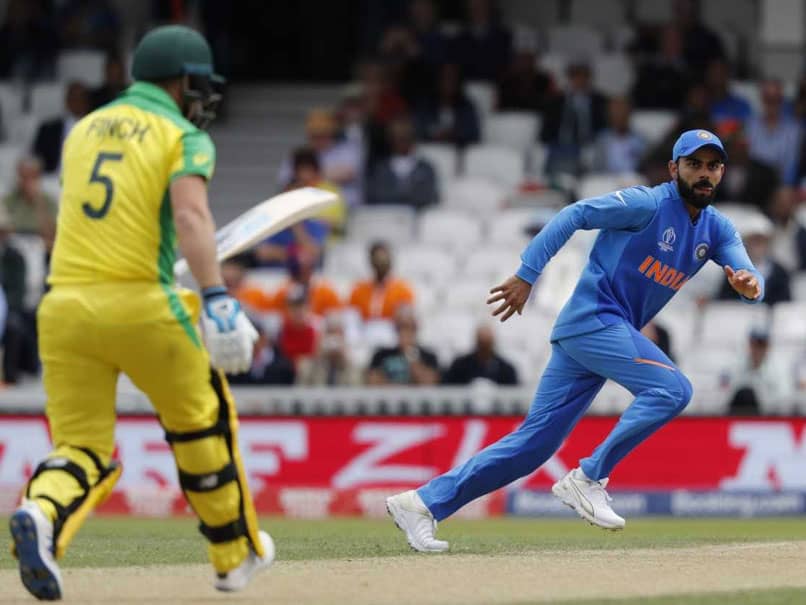 India and Australia will play their respective last league match on Saturday.© AFP

India along with Australia, England and New Zealand will feature in the semi-finals of the ongoing World Cup 2019. While India, Australia and England had already booked their place in the semis, New Zealand were left to wait till the end of Pakistan's last league fixture against Bangladesh to confirm their spot in the top-four. If Pakistan beat Bangladesh at Lord's they will finish level with New Zealand on 11 points and five wins, but the run-rate tie-breaker means they will be heading home. Pakistan, needing to smash the world record for margin of victory in a one-day international, scored 315 for nine in their 50 overs at Lord's. As soon as Bangladesh, already eliminated from the 10-team competition, reached eight runs in their innings, Pakistan were mathematically out of contention.

While all the four teams semi-finalists have been confirmed now, India and Australia, still have a match remaining to decide who will top the World Cup 2019 points table.

England, having played all of their nine matches, will stay at number three in the points table. Australia are currently leading the points table with 14 points in eight games, followed by India who have 13 points in the same number of matches.

If India lose their last league game against Sri Lanka in Leeds, they'll stay in their current position in the points table (second place) and will face the only team that has managed to beat them in the league stage, England.

However, if Australia fail to beat South Africa at Old Trafford on Saturday and India win their match against Sri Lanka at Headingley on the same day, then they will top the table and play fourth-placed New Zealand in their semi-final match.

Australia need to win their league match against South Africa to make the outcome of India vs Sri Lanka at Headingley irrelevant. But, if South Africa manage to beat Australia in the last league fixture of the World Cup 2019 and India defeat Sri Lanka, India will exchange places with the defending champions in the points table and Australia will battle it out against arch-rivals England in the semi-final.

The first semi-final will be played in Manchester on Tuesday, which will feature the table toppers and the number four team. The second semi-final is scheduled to be played in Birmingham on Thursday between the second and third-placed teams in the points table.

New Zealand Cricket Team World Cup 2019 Cricket
Get the latest updates on India vs England Series, India vs England , live score and IPL 2021 Auction . Like us on Facebook or follow us on Twitter for more sports updates. You can also download the NDTV Cricket app for Android or iOS.