The defending champions will look to finish at the top of the points table while South Africa will be looking to end their campaign on a high. 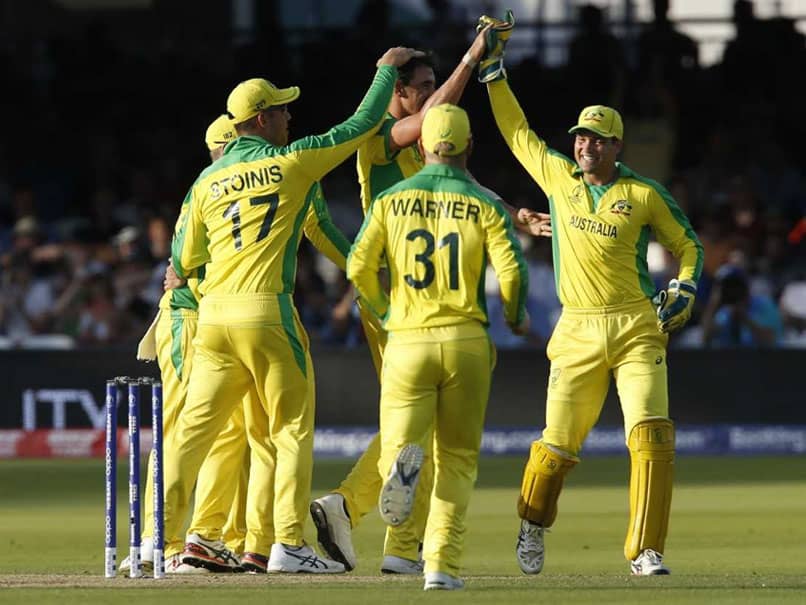 Australia have already qualified for the semi-finals of World Cup 2019.© AFP

Australia, who are currently at the top of the World Cup 2019 Points Table, will take on South Africa in their last league match of World Cup 2019 at Old Trafford in Manchester on Saturday. The defending champions will look to finish at the top of the points table while South Africa will be looking to end their campaign on a high. With Australia having already qualified for the semi-finals, many are speculating that they might rest key fast bowlers Mitchell Starc and Pat Cummins before the all important semi-final match. But coach Justin Langer, speaking ahead of South Africa match, indicated that the two star bowlers will feature in Saturday's match.

Langer also stressed that he wants to maintain the feel-good factor in his squad, who have lost just one game out of eight, to India, who are challenging them for top spot in the 10-team group phase.

"It's about maintaining the momentum of winning. That's really important for us.

"For this game, some people said it was a dead rubber. There's nothing dead about it," Langer told reporters.

South Africa, semi-finalists of the 2015 World Cup, have not been able to live up to expectations and are currently eighth on the points table, only above the West Indies and Afghanistan.

However, they were clinical with both bat and ball in their last league match against Sri Lanka. They would want to replicate the same performance in their final match and exit the tournament with aplomb.

Old Trafford, Manchester World Cup 2019 Cricket Australia vs South Africa, Match 45
Get the latest updates on India vs England Series, India vs England , live score and IPL 2021 Auction . Like us on Facebook or follow us on Twitter for more sports updates. You can also download the NDTV Cricket app for Android or iOS.