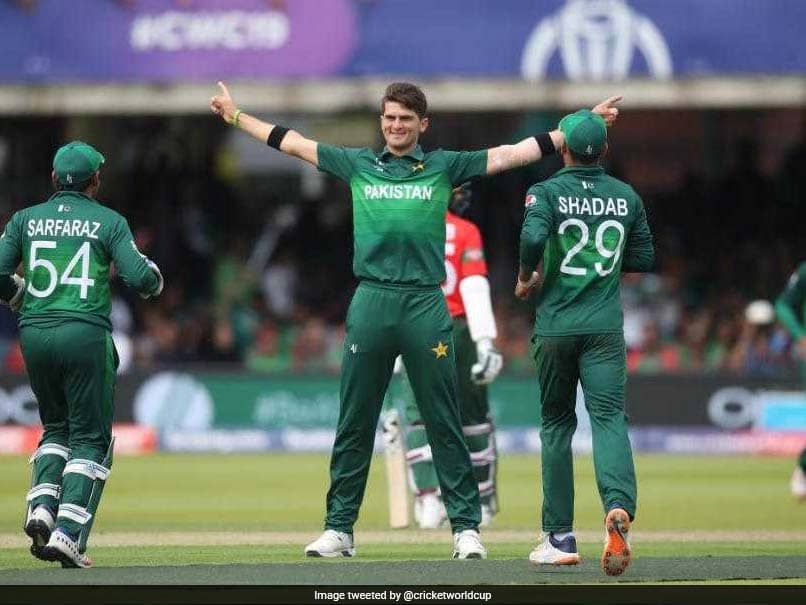 Shaheen Afridi picked up six wickets to help Pakistan end their World Cup 2019 campaign on a high as they beat Bangladesh by 94 runs at Lord's in London on Friday. Chasing a target of 316, Bangladesh lost both their openers inside 11 overs. Shakib Al Hasan scored yet another half-century in World Cup 2019 and eclipsed Rohit Sharma to become the tournament's top-scorer. After Shaheen Afridi dismissed Shakib in the 33rd over, Bangladesh couldn't recover from that blow as they kept on losing wickets at regular intervals. Earlier, Pakistan finished at 315/9 in 50 overs. Bangladesh bowled brilliantly at the death to stop Pakistan posting a mammoth total. Mustafizur Rahman once again claimed a five-wicket haul. He had picked 5 wickets in Bangladesh's last match against India. Imam-ul-Haq smashed a fine century before getting out hit-wicket. Imam hit 7 fours in his 100-run knock. Babar Azam also played a fine 96-run knock. He, however, survived two times thanks to Bangladesh's dropped catches. Babar Azam's 98-ball knock was laced with 11 fours. Imad Wasim played a cameo in the end, scoring a quick-fire 43 off just 26 balls with the help of 6 fours and a six. For Bangladesh, Mustafizur Rahman was the leading wicket-taker, claiming five wickets. Mohammad Saifuddin claimed three wickets and Mehidy Hasan also picked one wicket. (SCORECARD)

Lord's, London World Cup 2019 Pakistan vs Bangladesh, Match 43 Cricket
Get the latest updates on IPL 2020, check out the IPL Schedule for 2020 and Indian Premier League (IPL) Cricket live score . Like us on Facebook or follow us on Twitter for more sports updates. You can also download the NDTV Cricket app for Android or iOS.