With MS Dhoni as the undisputed first-choice wicketkeeper of the side, the selectors preferred Dinesh Karthik, 33, in their 15-man squad over Rishabh Pant. 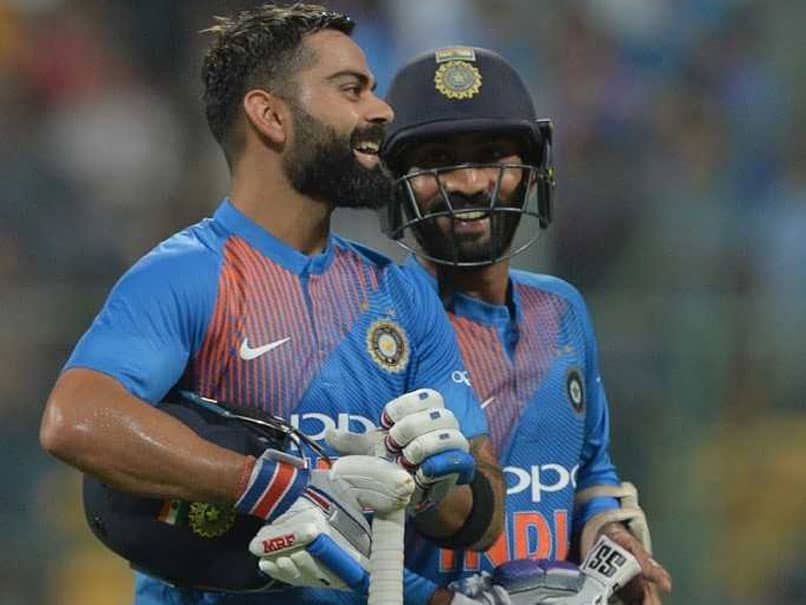 India World Cup 2019 team was announced last month with couple of selections going on to become major talking points. One of them was Dinesh Karthik's inclusion as the second wicketkeeper ahead of young sensation Rishabh Pant. And while chief selector MSK Prasad made it amply clear it was unfortunate that Rishabh Pant missed out, the decision was taken keeping in mind Dinesh Karthik's experience. Now, India captain Virat Kohli has stressed on the same point, saying Karthik's experience and composure in crunch situations helped him pip Rishabh Pant.

MS Dhoni will be India's designated first-choice wicketkeeper in England and Wales with MSK Prasad making it clear that the 33-year-old Karthik will only play if Dhoni gets injured during the World Cup 2019.

Teams can change players until May 23 and several former players believe India will miss 21-year-old Rishabh Pant in the showpiece which gets underway on May 30.

"In pressure situations, he's shown composure," Virat Kohli told the Times of India about Karthik. "It was something that everybody on board was convinced about.

"He has the experience. If, god forbid, something happens to MS (Dhoni), Karthik can be immensely valuable behind the wickets. As a finisher, he's done well.

"So, it was the overall exposure to a tournament of this magnitude that was taken into primary consideration."

The 33-year-old Karthik, from Tamil Nadu, made both his white and red-ball debuts for the national side before MS Dhoni.

Karthik made his one-day international debut in 2004 and has played 91 matches for India in the format, compared with left-handed batsman Pant who has played just five after making his 50-over debut last October.

Karthik, who has also played 26 Tests for India, has the ability to bat anywhere in the batting order which makes him a limited-overs asset.

"We can very well imagine there's more than an opinion in place that some capable guys have missed out," India coach Ravi Shastri added. "Heart goes out to them.

"Picking 15 from an immensely talented pool is never easy. I'd say to these guys: Keep going the way you have. Be prepared, in case there's an unforeseen requirement that pops up."

India begin their bid for a third World Cup title against South Africa in Southampton on June 5.

MS Dhoni World Cup 2019 Cricket
Get the latest updates on India vs Australia Series, check out the India vs Australia Schedule for 2020-21 and Ind vs Aus live score . Like us on Facebook or follow us on Twitter for more sports updates. You can also download the NDTV Cricket app for Android or iOS.