The veteran wicket-keeper is yet to play a World Cup match. 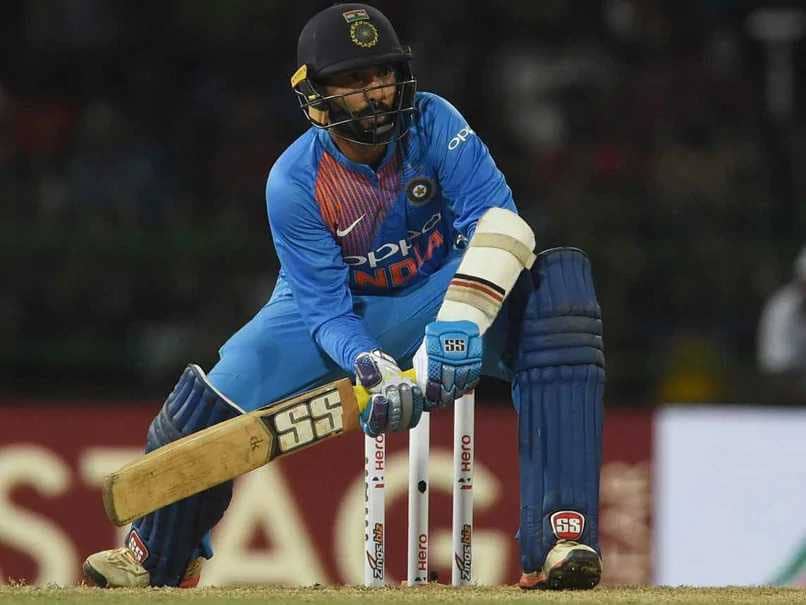 Dinesh Karthik made both his white and red-ball debuts for the national side before MS Dhoni.© AFP

Veteran wicket-keeper Dinesh Karthik says that being part of the Indian team for the World Cup 2019 is a dream come true. Karthik was included in the squad ahead of Rishabh Pant, who consistently was being backed as the second wicket-keeper in the squad after MS Dhoni. However, Pant and Ambati Rayudu, who too was carded to make the team, were left out.  Karthik is not fazed by questions about why he was selected over Pant. For the Kolkata Knight Riders skipper it has been a "dream" that has materialised after so long.

"It's been a dream for me to be part of this team for a long time now," Karthik said in a video tweeted by KKR on Twitter.

"As a team we have done some special things and I've been through that journey, I've really wanted to be a part of this team and I thank all the fans and everybody who supported me through this journey," he added.

The 33-year-old Karthik, from Tamil Nadu, made both his white and red-ball debuts for the national side before Dhoni.

BCCI Chairman of Selectors MSK Prasad, after the team announcement, had said that the reserve wicket-keeper would come into play only if Dhoni got injured during the World Cup.

"The second wicket-keeper comes into play only if Mahi (Dhoni) is injured. We went ahead with Karthik because of his experience in big matches," Prasad said.

Dinesh Karthik World Cup 2019 Cricket
Get the latest updates on IPL 2021, IPL Points Table , IPL Schedule 2021 , live score . Like us on Facebook or follow us on Twitter for more sports updates. You can also download the NDTV Cricket app for Android or iOS.