Dinesh Karthik was called up ahead of Rishabh Pant in the only variation in a largely predicted 15-member World Cup 2019 squad. 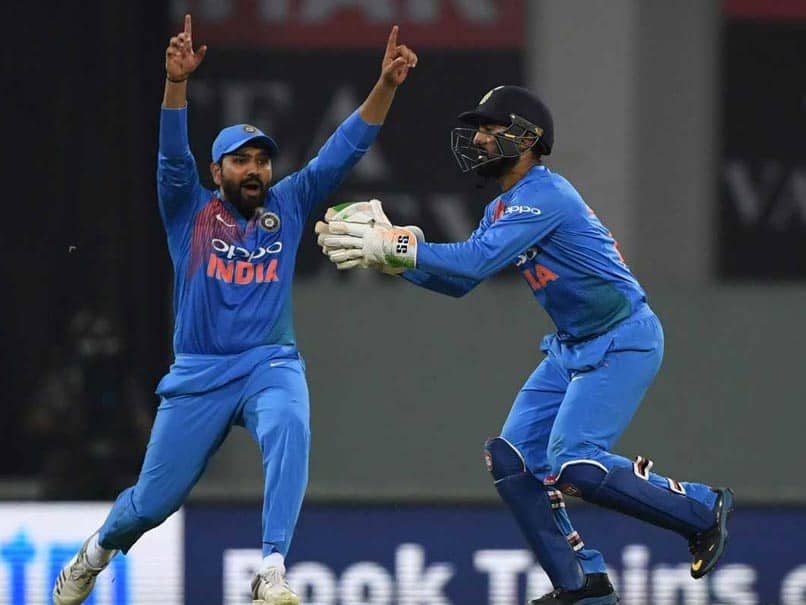 Dinesh Karthik rode on his experience to edge past 21-year-old wicket-keeper Rishabh Pant to book the reserve wicketkeeper's position in India's 15-member squad for the ICC World Cup 2019, starting on May 30 in the UK. The Board of Control for Cricket in India (BCCI) Honorary Acting Secretary Amitabh Choudhary announced the squad following a meeting with India captain Virat Kohli at the BCCI headquarters in Mumbai on Monday. "Wicket-keeping also matters. That is the reason why we went with Dinesh Karthik otherwise Rishabh Pant was also there," said Prasad, explaining why they picked Dinesh Karthik over Rishabh Pant.

"The second wicketkeeper comes into play only if Mahi (MS Dhoni) is injured. We went ahead with Karthik because of his experience in big matches," Prasad explained further.

Former India batsman Mohammad Kaif expressed his happiness for the selection of fast bowler Mohammed Shami and all-rounder Ravindra Jadeja, who he believes "fought their way back in".

"Six months back, Mohammed Shami was nowhere near being considered for white-ball cricket, but some outstanding performances has ensured he plays his second World Cup. He and Jadeja have fought their way back in. There will be few disappointed players but best wishes to Team India," Kaif said on Twitter.

6 mnths back, Mohammad Shami was nowhere near being considered for white ball cricket, but some outstanding performances has ensured he plays his 2nd World Cup. Him & Jadeja have fought their way back in .There will be few disappointed players but best wishes to Team India #CWC19 pic.twitter.com/tqjm2nAwAM

Indian Premier League (IPL) teams also joined in the celebration and wished their respective players for being selected for the World Cup.

Blue is the colour for @imkuldeep18!
Congratulations to our Spin Virtuoso for making it to #TeamIndia's squad for the #CWC19 #KorboLorboJeetbo pic.twitter.com/g0jNh8naaT

Congratulations to @SDhawan25 for being called up to #TeamIndia for the upcoming @ICC #CWC19!

Karthik's fans expressed their love for the seasoned stumper and wished him luck ahead of the World Cup.

After 13 years of struggle, rewarded with KKR captaincy. Now rewarded again with being named in WC squad. Never ever give up. The name is Dinesh Karthik Krishna Kumar. All the best anna #WC2019Squad #WC2019 pic.twitter.com/OUNrr5lH81

Heartbreak for Pant. Karthik gets nod because of better keeping skills, just in case MSD is injured before a crucial match

It's impossible to keep everyone happy with team selections but Karthik inclusion surprising. Selectors guilty of showing no consistency in his case. Discarded after Jan 2019 to select straight for the WC. Shankar is a lucky man to make it. #CricketLive #StarSports

Dinesh Karthik Rishabh Pant World Cup 2019 Cricket
Get the latest updates on IPL 2021, IPL Points Table , IPL Schedule 2021 , live score . Like us on Facebook or follow us on Twitter for more sports updates. You can also download the NDTV Cricket app for Android or iOS.