Virat Kohli has been fined after his team maintained a slow over-rate during their IPL 2019 clash against the Kings XI Punjab (KXIP). 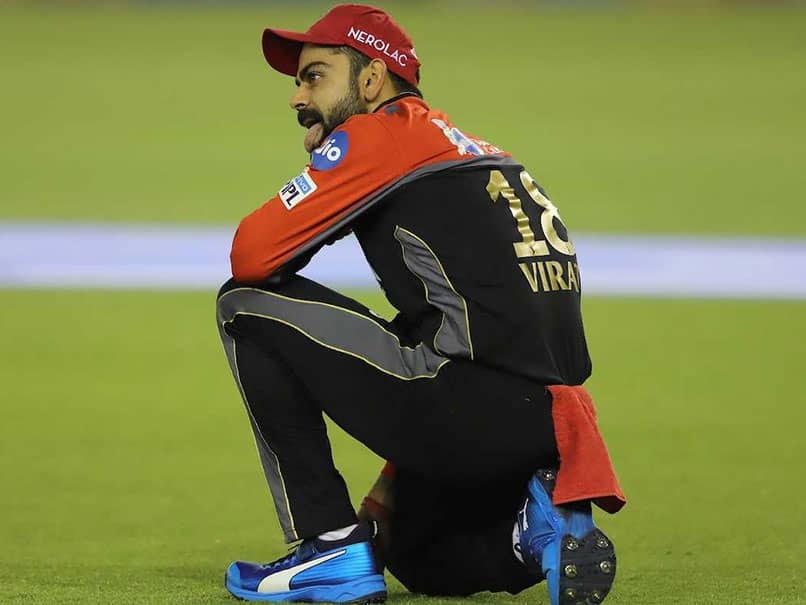 Virat Kohli has been penalised for slow over-rate during KXIP vs RCB IPL 2019 match.© BCCI/IPL

Virat Kohli, Royal Challengers Bangalore (RCB) captain, has been penalised for maintaining a slow over-rate during the KXIP vs RCB IPL 2019 clash at the IS Bindra Stadium in Mohali on Saturday night. The RCB skipper was fined Rs 12 lakh, a minimum over-rate offence. "Royal Challengers Bangalore captain Virat Kohli has been fined after his team maintained a slow over-rate during their VIVO Indian Premier League (IPL) 2019 match against Kings XI Punjab in Mohali on 13th April 2019," said an IPL statement.

"As it was his team's first offense of the season under the IPL's Code of Conduct relating to minimum over-rate offenses, Mr. Kohli was fined Rs 12 lakh."

Virat Kohli, however, will not be fretting over the news with his team finally registering its first win of IPL 2019.

Bottom-placed RCB brought an end to their six-game losing streak in the ongoing season as Kohli's scintillating 53-ball 67 followed by AB de Villiers (59 not off 38 balls) and Marcus Stoinis' (28 not out off 16) fruitful knocks guided them to a thumping eight-wicket win over Kings XI Punjab.

Virat Kohli and AB de Villers strung together an 85-run stand for the second wicket to put RCB in the driver's seat in the chase. Following the dismissal of Virat Kohli, AB de Villiers added another 46 runs with Marcus Stoinis to give RCB a much-needed win.

Defending 174, Punjab bowlers not only failed to pick wickets but also leaked runs as the visitors overhauled the target with four balls to spare.

Virat Kohli IPL 2019 Kings XI Punjab vs Royal Challengers Bangalore, Match 28 Cricket
Get the latest updates on IPL 2021, IPL Points Table , IPL Schedule 2021 , live score . Like us on Facebook or follow us on Twitter for more sports updates. You can also download the NDTV Cricket app for Android or iOS.