MS Dhoni, Virat Kohli's Commitment To Each Other "Tremendous", Says Ravi Shastri Ahead Of World Cup

Ravi Shastri believes the team has got all bases covered going into the World Cup. 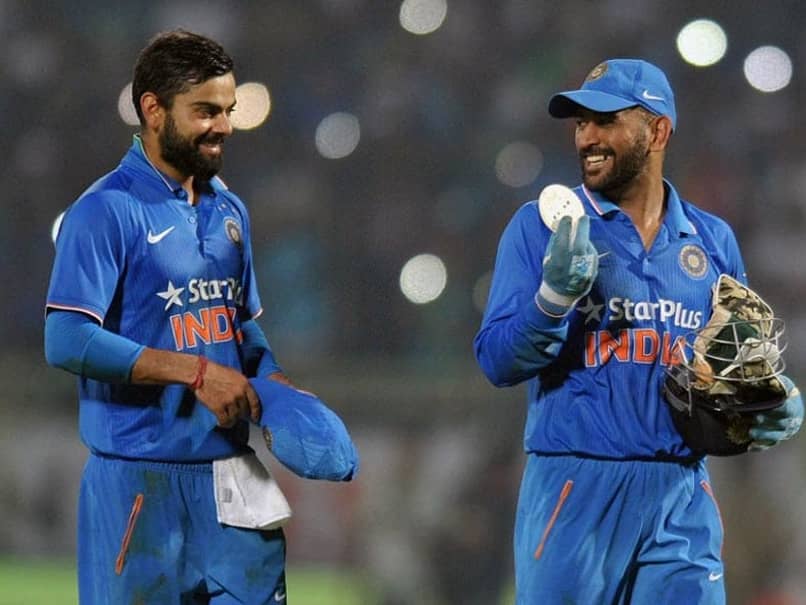 MS Dhoni, who led India to their second World Cup win in 2011, will help the Indian team and skipper Virat Kohli with his experience when they begin their campaign at the ICC World Cup 2019, starting on May 30 in the UK. India head coach Ravi Shastri heaped praise on India's leading men MS Dhoni and Virat Kohli, claiming that the commitment they have to each other is "tremendous". "I was never ever in doubt about the two of them having the kind of respect they have for each other, wanting to do a good job for each other because in the first phase of my job MS was the captain, the next half Virat. And I can see the commitment both have for each other -- its tremendous," IANS quoted Ravi Shastri as saying to CricketNext.

He also pointed out that everyone in the team is aware of Dhoni's achievements and they learn a lot from the former India skipper.

"Everyone knows and they know what he (Dhoni) has achieved in the game, the stature that he has and then to see the poise and to see the humility. You know his sheer presence -- the composure he brings when he is out there batting or even during (wicket) keeping is something you have just got to watch and learn and try and emulate it," he said.

Shastri believes the team has got all bases covered going into the World Cup. He said India have a flexible team and have players who can play at any position at any given point of time.

"I think we have got all bases covered, really. Last thing you want is passengers on the tour. You want to have in those 15 players -- a player who can play anytime, at any given time," Shastri said.

He also said that they have plenty of options for the much-debated number four slot.

The Board of Control for Cricket in India (BCCI) had named Vijay Shankar as the number four batsman ahead of Ambati Rayadu because of his "three-dimensional" cricket. However, Shankar has been in the scanner as he was not able to deliver as per expectations in the just concluded edition of the Indian Premier League (IPL). He scored 244 runs in the 15 matches playing for SunRisers Hyderabad (SRH).

"I don't think so because for me we are a flexible team. It's horses for courses, we have got enough ammunition there, enough players who can bat at 4. So, I am not really worried about that," said Shastri.

The 56-year-old also maintained that the existence of different personalities in the dressing room allows players to express them freely.

"We don't want all personalities to be the same in the team and then you know all hell will break loose, but you need that. That kind of a passion from Virat, the calmness from MS and each player is different. Rohit can be different from Shikhar. Kuldeep could be different from someone like Hardik. You would want that," he said.

India will open their World Cup campaign against South Africa on June 5.

Virat Kohli World Cup 2019 Cricket Ravi Shastri
Get the latest updates on India vs Australia Series, check out the India vs Australia Schedule for 2020-21 and Ind vs Aus live score . Like us on Facebook or follow us on Twitter for more sports updates. You can also download the NDTV Cricket app for Android or iOS.