Kapil Dev also said that, barring the openers, anyone can bat at the much-discussed No. 4 position. 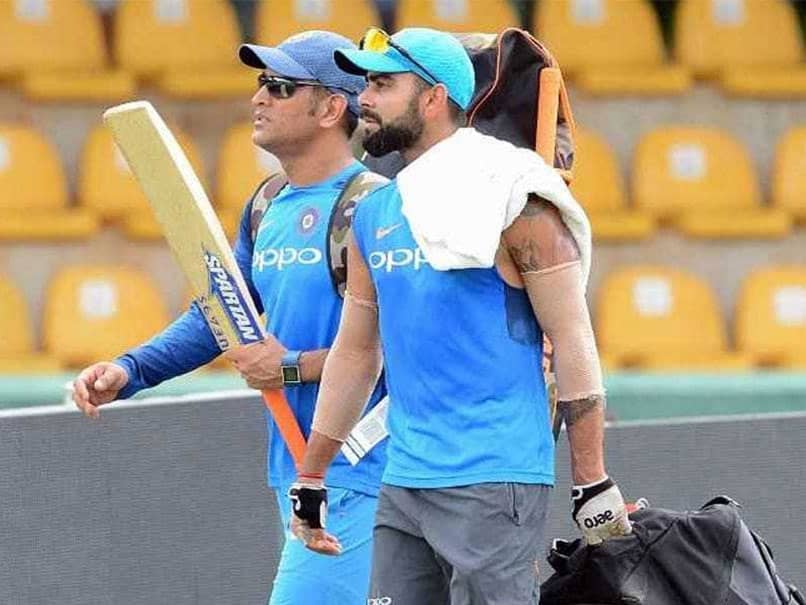 India have picked a 15-member squad that boasts of experienced players.© AFP

MS Dhoni and Virat Kohli will lead India from the front in their bid to clinch the third title when 50-over cricket extravaganza ICC World Cup 2019 begins in the UK on May 30, feels India's 1983 World Cup-winning captain Kapil Dev. Heaping praise on the "unmatchable" pair of MS Dhoni and Virat Kohli, Kapil Dev pegged India among favourites to win the World Cup, this time in a round-robin format. "India has a great combination of youth and experience. In a way they are more experienced than the other teams. They have the right balance -- four fast bowlers, three spinners and they have Virat Kohli and Dhoni," Kapil Dev said at a promotional event on Wednesday.

"Dhoni and Kohli have done extremely well for India. Both of them are unmatchable," he added.

India have picked a 15-member squad which boasts of experienced players like Dhoni, Kohli, Rohit Sharma, Mohammed Shami and Shikhar Dhawan while the youngsters such as Jasprit Bumrah, Hardik Pandya and Kuldeep Yadav were emerging as vital cogs in the side.

"The four fast bowlers we have are fantastic, they are very good. I think the English conditions will help them swing the ball. Then players like Shami and Bumrah can bowl 145 kmph, have swing and pace," he said.

Kapil, who has also tried his hand at coaching the India team in 1999-2000, predicted that the "Men in Blue' will reach the semi-finals alongside hosts England and defending champions Australia.

"I think India will definitely finish in the top four. After that it will be really difficult. After the semi-finals, stroke of luck alongside personal and team performance will determine who goes forward," he said.

"England, Australia and India are the top three teams. These teams have more strength than the others. New Zealand or West Indies can emerge as the surprise package," he said.

A lot of debate has been going on regarding who will play at the crucial number four spot but Kapil said it boils down to the mind-set of the players and barring the openers, anyone can bat at any position.

"After watching the T20 games you don't know who is the opener or who is number 4. It is very difficult to pick a person, it depends on the mind-set of the player," said Kapil.

"Dhoni went before Yuvraj in Mumbai (2011 World Cup final). In the last 10 years cricket has changed. Nowadays apart from the openers, anyone can play at the number four spot," he said.

Asked about Pandya, who has often been compared to Kapil himself, the 60-year-old former captain said the youngster should be left alone to play his natural game. "You should not put pressure on Hardik Pandya. He has enough talent, let him play his natural game. I don't like anybody being compared to anyone because that puts pressure on that player."

Virat Kohli World Cup 2019 Kapil Dev Cricket
Get the latest updates on IPL 2020, check out the IPL Schedule for 2020 and Indian Premier League (IPL) Cricket live score . Like us on Facebook or follow us on Twitter for more sports updates. You can also download the NDTV Cricket app for Android or iOS.