World Cup 2019: Virat Kohli Has "A Good Laugh" Ahead Of The World Cup Opener With South Africa

India will be taking on South Africa in the World Cup 2019 opener on Wednesday. 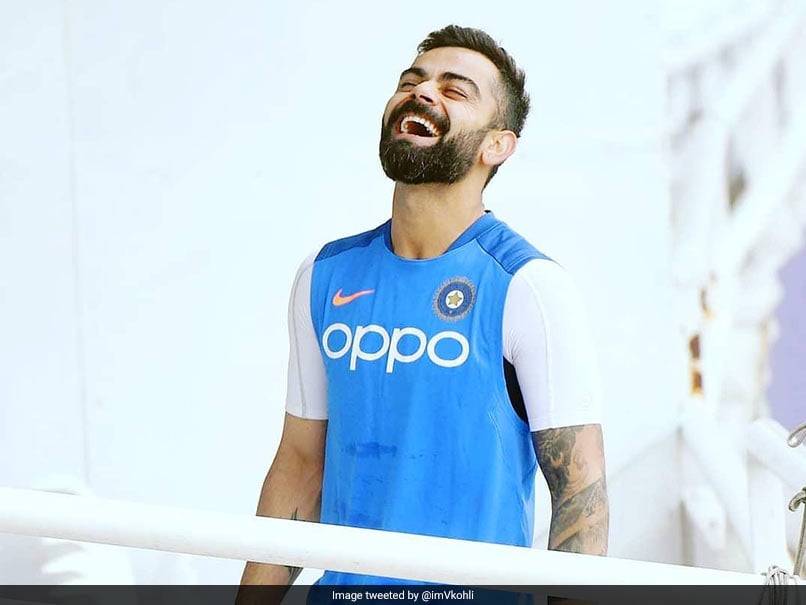 As the Indian cricket team gears up to lock horns with South Africa in their World Cup 2019 opener at Southampton, skipper Virat Kohli reflected his high spirits and shared a picture of him having a good laugh. The right-handed batsman, who is consistently active on social media, took to Twitter to share a picture in which he could be seen laughing. "A good laugh is the best medicine," Virat captioned the picture.

The Men in Blue will be hoping to begin their World Cup campaign on a high note while South Africa will be dispirited after back-to-back defeats but will be keen to fight back.

A spicy contest could be on the cards between Virat Kohli and South African pacer Kagiso Rabada after the bowler tagged the Indian skipper "immature".

"I was just thinking about the game plan, really, but Virat, he hit me for a boundary and then he had a word. And then when you give it back to him, he gets angry. I don't get the guy," Rabada told thecricketmonthly.com, when asked about his face-off with Kohli during Indian Premier League (IPL) 2019.

"Maybe he does it because it gets him going, but that comes across as very immature for me. He is a phenomenal player but he can't take the abuse," Rabada added.

While India will be on the job against South Africa on Wednesday, the key match which everyone has eyes on is the one against Pakistan at Old Trafford on June 16.

Kohli also expressed gratitude towards Sunil Chettri and the Indian football team for wishing the cricketers team and also wished them success for the upcoming King's Cup.

India is participating in King's Cup after 38 years and will meet Caribbean nation Curacao in its first match.

South Africa Cricket Team
Get the latest updates on IPL Auction 2023 and check out  IPL 2023 and Live Cricket Score. Like us on Facebook or follow us on Twitter for more sports updates. You can also download the NDTV Cricket app for Android or iOS.