Virat Kohli and Kagiso Rabada will face-off in the World Cup 2019 on June 5. 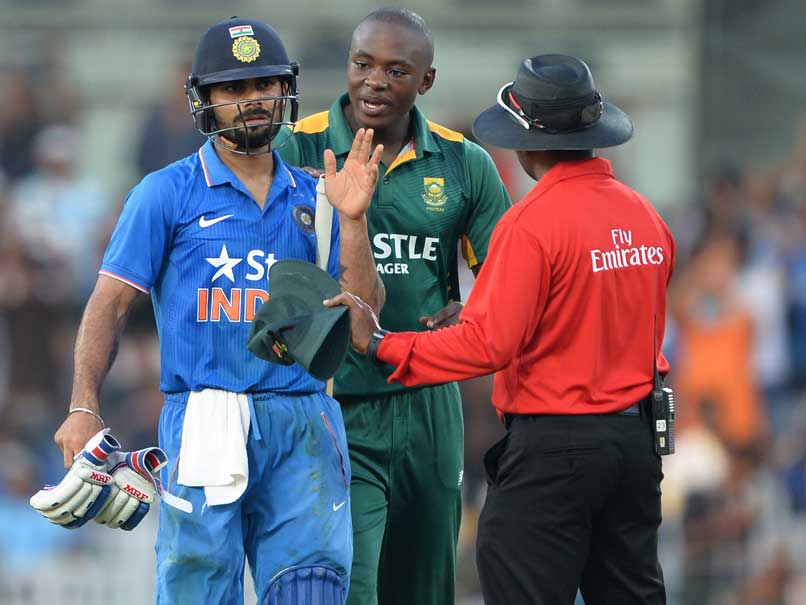 Virat Kohli's bat and mouth does most of the talking on the field.© AFP

Virat Kohli's bat does most of the talking on majority of occasions but at times, the Indian skipper's aggression steals his willow's thunder. Premier South Africa pacer Kagiso Rabada believes Virat Kohli throws a tantrum on the field but can't take it when an opponent decides to give it back to him. Kagiso Rabada further said that it's hard to understand Virat Kohli and his behaviour makes him look immature.

"I was just thinking about the game plan, really, but Virat, he hit me for a boundary and then he had a word. And then when you give it back to him, he gets angry. I don't get the guy," Rabada told thecricketmonthly.com, when asked about his face-off with Kohli during Indian Premier League (IPL) 2019.

"Maybe he does it because it gets him going, but that comes across as very immature for me. He is a phenomenal player but he can't take the abuse," Rabada added.

Rabada, with his comments has set the tone for the India vs South Africa World Cup 2019 clash at The Rose Bowl, Southampton on Wednesday.

Kohli and Rabada are expected to face-off in the contest for the first time after the IPL 2019. Both the players will be the key for their respective teams.

Kohli will carry the onus for batting while Rabada will be the vital cog in South Africa's pace department.

The Virat Kohli-led side will open their World Cup 2019 campaign against South Africa. On the other hand, South Africa will be playing their third match in the quadrennial after having faced hosts England and Bangladesh.