India plan to push South Africa towards elimination in Southampton by deploying a feared bowling line-up led by Jasprit Bumrah, the top-ranked ODI bowler in the world. 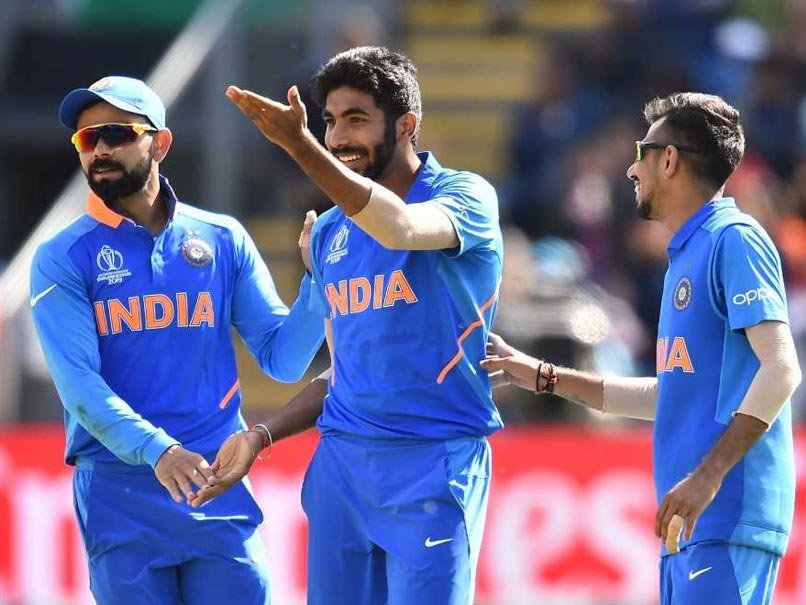 India begin their World Cup 2019 campaign on Wednesday when they face a South African team in turmoil.© AFP

Virat Kohli-led Team India will finally begin their World Cup 2019 campaign when they taken on a beleaguered South Africa at the The Rose Bowl in Southampton on Wednesday. India are the only team left in the tournament to have not played a match yet and they will be up against a South African team struggling for form and with plenty of injury worries. The Proteas are going through a mini-crisis after losing their opening two matches-- to England and Bangladesh, respectively -- and a loss against India could spell doom for the South African.

The two-time world champions plan to push South Africa towards elimination in Southampton by deploying a feared bowling line-up led by Jasprit Bumrah, the top-ranked one-day international bowler in the world.

Wrist spinners Kuldeep Yadav and Yuzvendra Chahal lend variety to India's attack, but their primary weapon in seaming English conditions will be the pace bowlers.

"India would be favourites alongside Australia and England. New Zealand are the dark horses. The rest are all underdogs."

The 30-year-old's importance to India is not lost on South African pace bowler Kagiso Rabada, who tried some mind games ahead of their potentially feisty clash when he called the skipper "very immature".

"I was just thinking about the game plan, really, but Virat, he hit me for a boundary and then he had a word (during an Indian Premier League game). And then when you give it back to him, he gets angry," Rabada told cricinfo.

"I don't get the guy. Maybe he does it because it gets him going, but that comes across as very immature for me. He is a phenomenal player but he can't take the abuse."

Veteran paceman Dale Steyn is also a doubt after missing the first two games with a shoulder injury.

But Faf du Plessis' side expect to be bolstered by the return of batting star Hashim Amla, who missed the last game after being hit on the head by a Jofra Archer bouncer against England.

Thrashed by England in their tournament opener, the Proteas' 21-run defeat against Bangladesh at the Oval has put them in a perilous position.

But South Africa all-rounder Andile Phehlukwayo is confident his team can still make amends for their wretched start.

"There have been some bad days in my career. I've learned, and the team has learned, that it is not the end of the world," the 23-year-old said.

"We can always bounce back, we are a team that bounces back, from situations and we will definitely do it again."

South Africa great Jaques Kallis believes taking advantage of potential first-match rustiness from India could be his former team's best hope of getting back on track.

"It doesn't get any easier against India but it's their first game and our third, so maybe that could give us the edge we need," Kallis said.

"Strange things happen in this sport and if we can get a win then I think we are still good enough to be a contender."

Faf du Plessis World Cup 2019 South Africa vs India, Match 8 Cricket
Get the latest updates on IPL Auction 2023 and check out  IPL 2023 and Live Cricket Score. Like us on Facebook or follow us on Twitter for more sports updates. You can also download the NDTV Cricket app for Android or iOS.