South Africa pacer Lungi Ngidi will be sidelined for up to 10 days after suffering a hamstring strain in Sunday's World Cup defeat to Bangladesh. 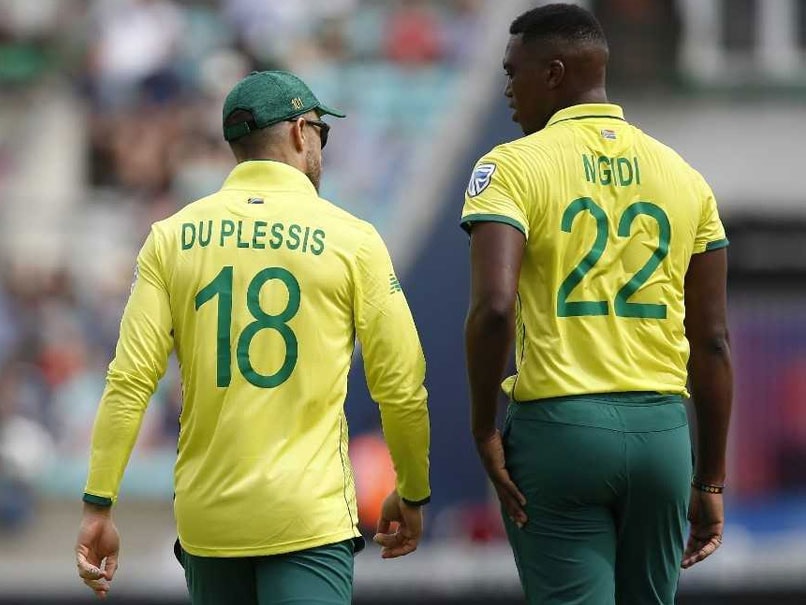 Lungi Ngidi, who was the pick of the South African bowlers in the tournament opener against England, limped off the field with a hamstring strain in the seventh over of the match against Bangladesh.

Lungi Ngidi had struggled early on, giving away 34 runs off his four overs but a shot at redemption was cut short by the hamstring injury.

Team manager Mohammed Moosajee confirmed that Ngidi will miss South Africa's clash against India and hoped the pacer would be fit for the match against the West Indies on June 10.

"He was assessed and clinically we felt that he had a left hamstring strain," Moosajee was quoted as saying by the ICC website.

"We decided not to let him go out there and bowl any further in this match.

"So currently, it probably means that he'll be out for about a week to 10 days, but we'll have scans done tomorrow. The plan will be probably to get him ready for the West Indies match."

South Africa already have a few injury worries in the squad. Captain Faf du Plessis had admitted during the tournament opener that Dale Steyn was only 80 per cent fit and hoped he would be ready in time to face India.

During the clash against England, Hashim Amla was hit on the helmet by a Jofra Archer and was forced to sit out the match against Bangladesh with David Miller coming in as his replacement. Amla is expected to return for the clash against India.

"The concussion assessments were done on Thursday and initially the results were inconclusive. Then the next test showed he could bat," Moosajee said.

"Subsequent to the match, the next day he felt some symptoms, so as a precaution we decided to rest him for this game.

"The plan is to have him ready for the game against India in Southampton."

Hashim Amla World Cup 2019 South Africa vs India, Match 8 Cricket
Get the latest updates on IPL Auction 2023 and check out  IPL 2023 and Live Cricket Score. Like us on Facebook or follow us on Twitter for more sports updates. You can also download the NDTV Cricket app for Android or iOS.