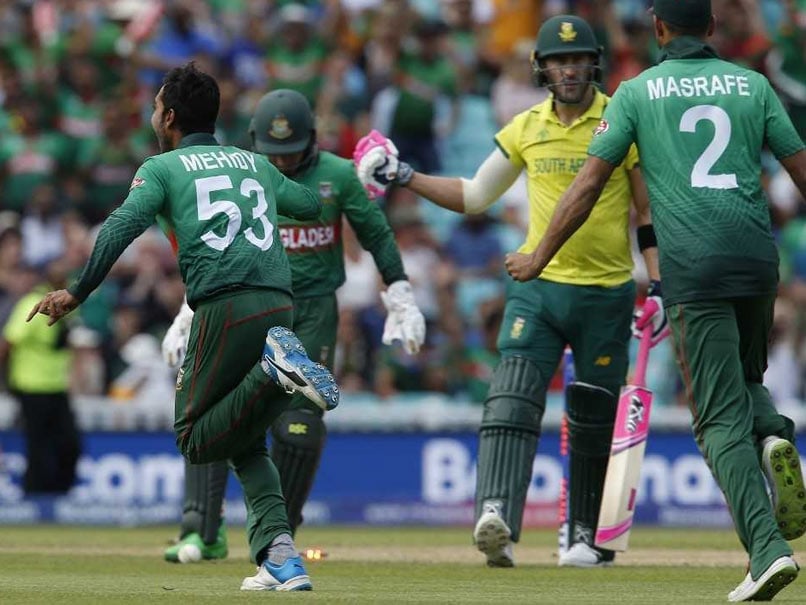 Chasing 331 runs to win, South Africa openers Quinton de Kock and Aiden Markram got their team to a good start as they notched up 49-run partnership. Quinton de Kock got out in the most miserable manner possible as he was run out by the keeper on the same ball on which he was dropped by him. Markram with skipper Faf du Plesis added over 50 runs for the second wicket and kept their side in the game. Markram was clean bowled by Shakib Al Hasan for 45 runs. David Mailler was promoted up the order by the management but he started way too slowly putting pressure on his skipper. du Plesis tried to take on Mehidy Hasan but was got deceived by his flight and went out for 62 runs. Miller, JP Duminy and Rassie van der Dussen all played good knocks but not good enough for their side to win the match. In the end, South Africa was beaten comprehensively by 21 runs by Bangladesh. Earlier, after being put to bat by South Africa, Bangladesh openers Soumya Sarkar and Tamim Iqbal started cautiously but changed their gears later on and added 60 runs for the first wicket. Tamim fell to Andile Phehlukwayo on 16 runs and Soumya Sarkar got out after scoring 42 runs off 30 balls. Shakib Al Hasan (75 off 84 balls) and Mushfiqur Rahim (78 off 80 balls) added 142 runs for the third wicket and got their team ahead in the game. In the end useful contributions form Mohammad Mithun, Mosaddek Hossain and Mahmudullah's quickfire 46 off 33 balls helped Bangladesh post their highest ODI total on board. (SCORECARD)