India vs South Africa: Virat Kohli, India Batsman To Watch Out For

Carded as the greatest batsman in contemporary cricket, Virat Kohli has to bear the additional burden of ensuring that India do well in World Cup 2019. As far as Indian fans are concerned, nothing less than a title win will do. 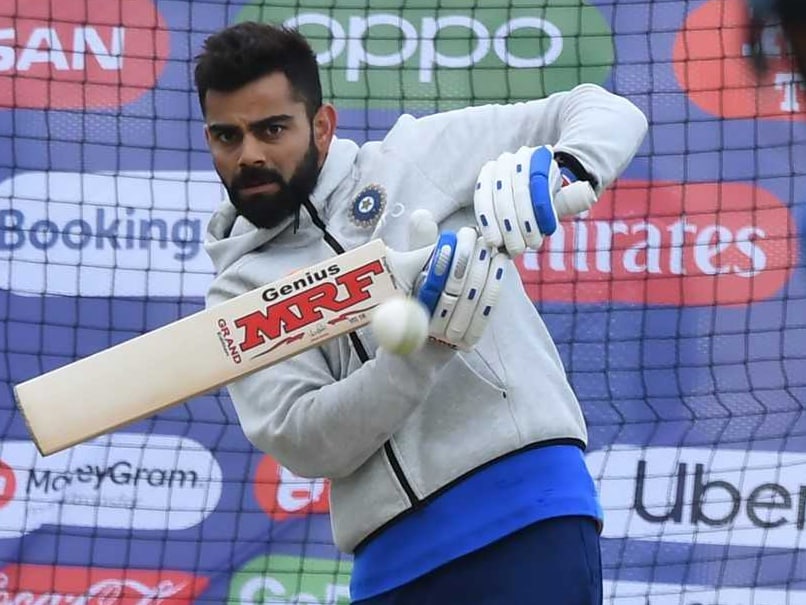 SA vs IND: Virat Kohli will be hoping to add the World Cup 2019 crown to his achievements.© AFP

Virat Kohli is the first name that comes to mind when one talks of the top batsmen in world cricket today. Virat Kohli has been on top of almost all lists pertaining to cricket and the Team India captain will be hoping to add the World Cup 2019 crown to his achievements. India will begin their Cricket World Cup 2019 campaign with a match against South Africa at The Rose Bowl on Wednesday. As always, Virat Kohli will be in the thick of things when India get down to bat. He has, and always will be the biggest name in the Indian batting line-up as long as he plays and World Cup 2019 is no different.

Virat Kohli has had a phenomenal rise for India, right from the time he led the side to the Under-19 World Cup title.

Virat Kohli made his One-day International (ODI) debut against Sri Lanka at Dambulla in August 2008 and had a modest return of 12 runs.

If further proof of his being the best in the business is needed, Virat Kohli has 41 ODI centuries with a best of 183. Add to that 49 half-centuries.

Virat Kohli World Cup 2019 South Africa vs India, Match 8 Cricket
Get the latest updates on ICC T20 Worldcup 2022 and CWG 2022 check out the Schedule, Live Score and Medals Tally. Like us on Facebook or follow us on Twitter for more sports updates. You can also download the NDTV Cricket app for Android or iOS.