Virat Kohli is hopeful that Shikhar Dhawan's injury will heal quickly and he will be available for Team India's league matches in the latter half of the tournament. 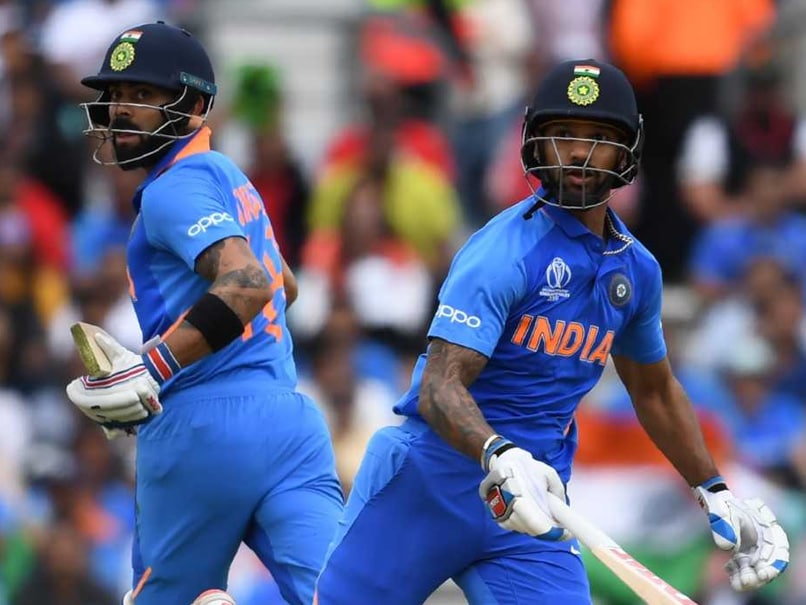 Shikhar Dhawan sustained an injury on the back of his left hand against Australia.© AFP

Virat Kohli, after their India vs New Zealand World Cup 2019 washout at Trent Bright on Thursday, gave update on Shikar Dhawan's injury which theleft-hander had suffered during his match-winning knock against Australia on June 9. Speaking at the post-match presentation, Virat Kohli said that Shikhar Dhawan will be in "a plaster for a couple of weeks" but hoped that the Indian opener would be fit for the latter half of the league stage and the following semi-finals.

"He's gonna be in a plaster for a couple of weeks and then, we'll assess where he stands," said Virat Kohli.

"Hopefully he heals quickly and should be available for the latter half of our league stages, and the semifinals as well," Indian skipper added.

After sustaining an injury on the back of his left hand, in the region between the index finger and thumb, Dhawan posted an inspirational poem written by Indian poet Rahat Indori on his social media account.

The post lifted up the mood of the fans within no time, with many wishing him a speedy recovery.

As per reports Rishabh Pant has been flown to England on Wednesday as a cover to Dhawan and will be with the team till the management makes a final assessment of Dhawan's injury.

In Dhawan's absence, KL Rahul is expected to come up the batting order with either Vijay Shankar or Dinesh Karthik moving in to the middle-order. Unfortunately, the game against New Zealand was abandoned without a ball bowled, with both teams sharing a point each.

India will next take on their arch-rivals Pakistan on June 16 in Manchester.

Trent Bridge, Nottingham World Cup 2019 Cricket India vs New Zealand, Match 18
Get the latest updates on T20 World Cup, check out the T20 World Cup Schedule and Live Score . Like us on Facebook or follow us on Twitter for more sports updates. You can also download the NDTV Cricket app for Android or iOS.