Team Profile, Pakistan: The Squad That Can Fire And Fizzle With Equal Alacrity

Pakistan is a team that can carry its fans to the heights of ecstasy and then send them crashing down, all in a matter of a few overs. 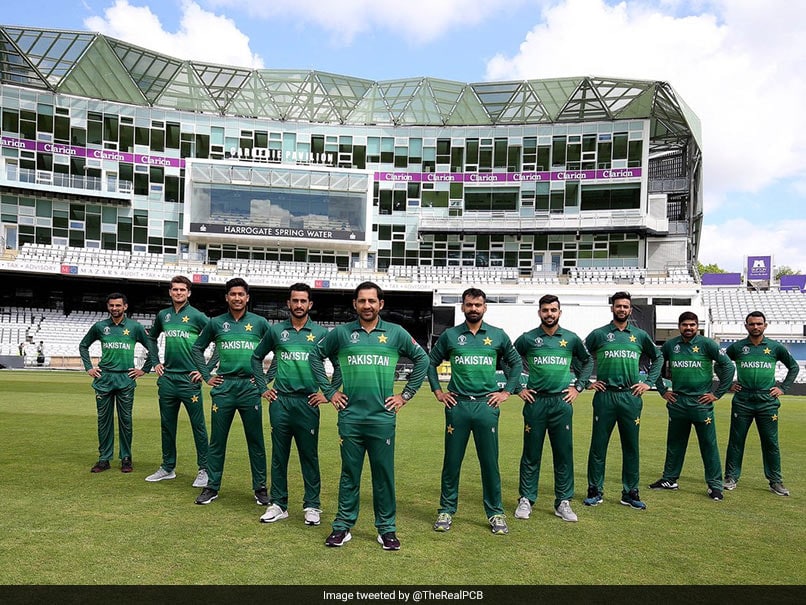 Pakistan start their World Cup 2019 campaign against the Windies on May 31.© Twitter

The wicketkeeping captain has scored 630 runs in 39 games that he has played in the last three years, averaging 40.3. His best score during this time is 97 vs England in May 2019 at Leeds.

He played three games in the 2015 World Cup, where his most notable performance was a 101 not out vs Ireland.

The fast bowler made his senior ODI debut against Ireland at August 2016. Since then, he has taken 80 wickets in 49 matches with an economy of 5.42, his best spell of 5-34 coming against Sri Lanka at Abu Dhabi in October 2017.

He has scored 509 runs in the 32 matches that he played in the last three years, while he has also taken 20 wickets. He recently had figures of 3-53 against England at Leeds in May 2019.

The nephew of chief selector and decorated cricketer Inzamam-ul Haq, Imam debuted against Sri Lanka in October 2017, where he scored a century. Since then, he has scored 1387 runs in 28 ODIs, averaging 60.3. His best score came in the ODI series against England, where he scored 151 at
Bristol in May 2019.

The 19-year old grabbed the headlines for his pace and accuracy in the Pakistan Super League. He was given his national debut in the series against Australia in March 2019. He also played in the ODI series against England, where he took 3 wickets.

Another young bowler in the squad, Shaheen Afridi made his debut in September 2018 against Afghanistan. Since then he has played 14 ODIs where he's taken 24 wickets at an economy of 5.73.

One of the most experienced members in this squad, Malikhas played 44 ODIs in the past 3 years, scoring 1116 runs with an average of 38.01, his best score around this time being 101 not out against the West Indies in April 2017.

The 33-year-old is the senior-most bowler in Pakistan's World Cup squad. He has played in last two ODI World Cups. In last showpiece event he was one of the most impressive bowlers of the tournament as he picked up 16 wickets in seven matches.

He made his international debut for Pakistan in 2009 at the age of 17 years but 10 years into his international career and he is yet to feature in a World Cup match. He has played 51 ODIs and has 60 wickets to his name. Indian skipper Kohli once described him as one the toughest bowlers to face, which speaks volume of this bowler's quality.

The 27-year-old middle-order batsman made his ODI debut against Zimbabwe in 2018. In 12 innings of 16 matches he has scored 342 runs at 31.09. Asif is known for hitting big sixes and in a short ODI career he has already hit 20 sixes.

Wahab Riaz World Cup 2019 Cricket
Get the latest updates on Fifa Worldcup 2022 and check out  Fifa World Cup Schedule, Stats and Live Cricket Score. Like us on Facebook or follow us on Twitter for more sports updates. You can also download the NDTV Cricket app for Android or iOS.