Mohammad Amir Would Have Been My First Choice For World Cup: Wasim Akram

Mohammad Amir missed the tournament in both 2011 and 2015 due to an embarrassing five-year ban over match fixing. 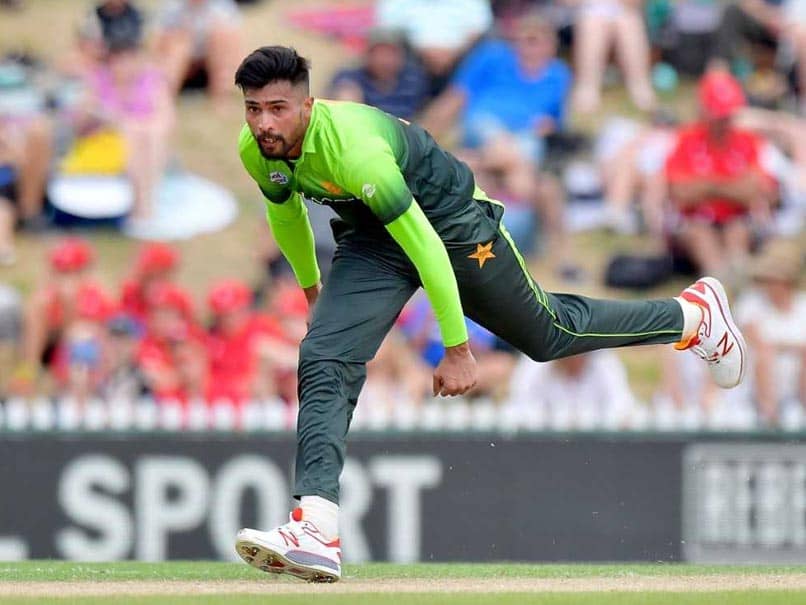 Mohammad Amir has fallen into a rut after Pakistan's Champions Trophy triumph.© AFP

Mohammad Amir was omitted from the 15-man Pakistan World Cup 2019 squad, though he may make an entry if he manages to impress in the five-match ODI series against England, starting May 8. Pakistan bowling legend Wasim Akram believes the left-handed fast bowler will "do well once his rhythm is back". Wasim Akram added that discounting Mohammad Amir for World Cup considering the English conditions won't be a wise decision. "We can't discount Amir from the World Cup. Amir would have been my first choice for the World Cup considering English conditions where he performs well," Wasim Akram said.

Missing the upcoming World Cup would likely serve as another crippling setback for the young bowler's career after he missed the tournament in both 2011 and 2015 due to an embarrassing five-year ban over match fixing.

Since returning to competition, Amir has fallen into a rut after guiding Pakistan in a dramatic win over India in the Champions Trophy final in June 2017 -- with just four wickets in 14 matches.

Wasim went on to say that Amir had both youth and the experience of competing at the highest levels of the sport on his side, including international Tests and English county cricket.

Pakistan's preliminary World Cup squad is largely comprised of young players, with only a handful of veterans -- Sarfraz and Haris Sohail, who played in 2015, as well as Shoaib Malik, who played in 2007, and Mohammad Hafeez, who took part in the 2007 and 2011 tournaments.

Wasim added that big events are won with a mixture of youth and experience.

"I am all for youth but experience has no substitute, so we should mix youth with experience," said Wasim who guided Amir during the Pakistan Super League earlier this year.

"He is a good learner so I hope things will come good for him sooner than later because Pakistan team needs him."

Pakistan is set to play three one-day matches against county teams before taking on England in the five-match ODI series from May 5.

The squad will then kick off two warm-up World Cup games against Afghanistan on May 24 and Bangladesh on May 26, before taking on the West Indies in their first World Cup match in Nottingham on May 31.

All 10 teams will play each other in the first stage, with the top four playing the semi-finals.

Pakistan Cricket Team Mohammad Amir Wasim Akram World Cup 2019 Cricket
Get the latest updates on IPL 2020, check out the IPL Schedule for 2020 and Indian Premier League (IPL) Cricket live score . Like us on Facebook or follow us on Twitter for more sports updates. You can also download the NDTV Cricket app for Android or iOS.