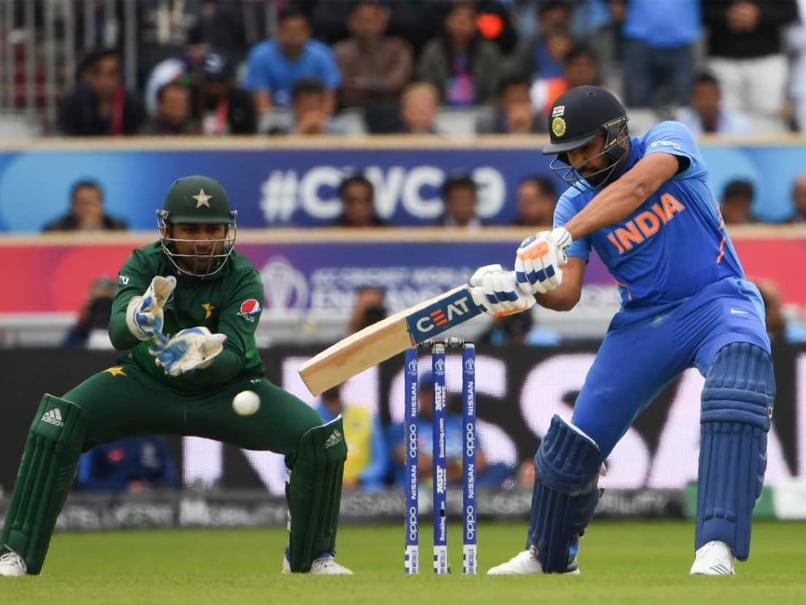 Rohit Sharma is in scintillating form in the ongoing World Cup 2019.© AFP

Rohit Sharma, often regarded as the most stylish India player, is in scintillating form in the ongoing World Cup 2019 and the 36 boundaries, including six hits over the fence so far are a testimony to that. But of all these strokes, his one shot which he played off the bowling of Pakistan's Hassan Ali over backward point during his 140-run knock has forced everyone into nostalgia, with many comparing it to Sachin Tendulkar's iconic six during 2003 World Cup in South Africa.

Even the International Cricket Council (ICC) posted a video on its Twitter handle comparing Rohit's six to Sachin Tendulkar's iconic six over backward point which he played off the bowling of fiery Shoaib Akhtar during 2003 World Cup. ICC also asked people to share their opinion on who do they think played the shot better -- Hitman or Master Blaster.

Sachin, instead of comparing Rohit's shot to his, replied, "We both are from INDIA and in this case, AAMCHI MUMBAI as well....So heads I win, tails you lose!"

We both are from INDIA and in this case, AAMCHI MUMBAI as well....So heads I win, tails you lose! https://t.co/doUMk1QU2b

It was Rohit Sharma's powerful knock of 140 runs off just 113 balls that helped India post a huge total on board after they were invited to bat by Pakistan skipper Sarfaraz Ahmed after winning the toss.

Rohit has already amassed 319 runs in just three innings of World Cup 2019 at a whooping average of 159.50, with the help of two centuries and a half century.

Old Trafford, Manchester World Cup 2019 Cricket India vs Pakistan, Match 22
Get the latest updates on T20 World Cup, check out the T20 World Cup Schedule and Live Score . Like us on Facebook or follow us on Twitter for more sports updates. You can also download the NDTV Cricket app for Android or iOS.