India will take on Australia in their second World Cup 2019 tie at the Oval on Sunday. 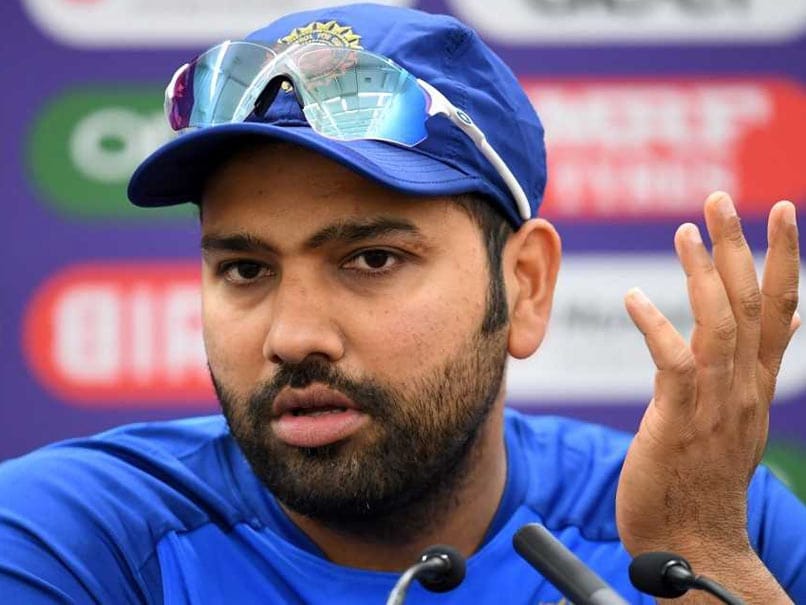 Rohit Sharma, who scored a match-winning unbeaten 122 against South Africa, will hope to continue his form when India take on Australia in their second World Cup 2019 tie at the Oval on Sunday. Rohit Sharma already has three ODI double centuries to his name but the explosive batsman said that the responsibility of opening the innings for his team was not easy to fulfill initially. Rohit added that he does not think too much about breaking records but concentrates on winning the matches for his country. "Personally I don't look at getting past anyone's record. I have to get the job done for the team. That's what matters. Opening wasn't easy for me initially. The journey continues. I want to win maximum games for my country," Rohit Sharma said on Saturday.

Rohit also said that his knock against South Africa was a special one, one which he rated very highly.

"My 122 not out at Southampton was a very special hundred. One of my best. It wasn't an easy pitch and I had to be patient. It wasn't a typical innings from me. Not my best, but right up there," Rohit said.

The Indian vice captain also backed KL Rahul to continue batting at No. 4 for India, settling the much-debated issue. While Rahul did not get as many runs as he would have liked, the right-hander forged a crucial partnership with Rohit.

"KL (Rahul) didn't get a lot of runs in the last game, but he looked good and helped me put on a big partnership. His 26 was as good as a 50. I have a lot of hope on him for the tournament," he said.

KL Rahul World Cup 2019 Cricket India vs Australia, Match 14
Get the latest updates on ICC Women's Cricket World Cup 2022 and IPL 2022, check out the Schedule , Live Score and IPL Points Table. Like us on Facebook or follow us on Twitter for more sports updates. You can also download the NDTV Cricket app for Android or iOS.