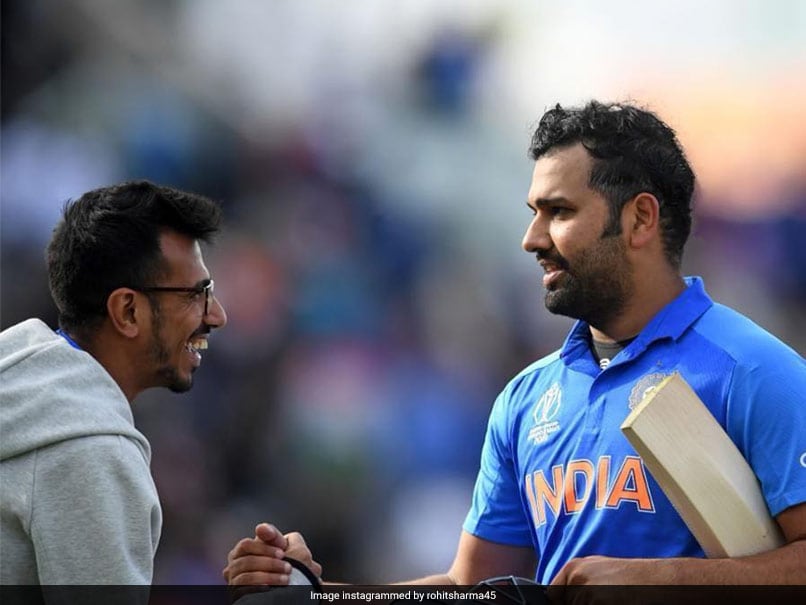 Rohit Sharma and Yuzvendra Chahal were the stars of India's win over the Proteas.© Instagram

Rohit Sharma and Yuzvendra Chahal played a pertinent role in India's World Cup 2019 win over South Africa on Wednesday in Southampton. Chahal trapped the South African batsmen with his leg-spin, as he took four wickets for 51 runs in the match. Chahal's spell restricted the Proteas for a modest total of 227. The Indian batsmen opted for a cautious approach to the chase after Kagiso Rabada sent Shikhar Dhawan back to the pavilion when the team's total was just 13 runs. India's vice-captain Rohit Sharma then took the responsibility of finishing the matchand remained unbeaten after scoring his 23rd One-day International (ODI) century. Apart from Rohit and Chahal, Jasprit Bumrah impressed with the ball by sending back both the South African openers cheaply.

After chasing down the total, Chahal along with other members of the team came down to congratulate the 32-year-old Rohit for his magnificent knock.

The current form of both these players will be crucial for team India, as they gear up to take on Australia on Sunday at the Oval. While India has played just the one match in the World Cup 2019 so far, Australia has already defeated Afghanistanin their opening game and were playing the West Indies on Thursday.

India Cricket Team World Cup 2019 Cricket South Africa vs India, Match 8
Get the latest updates on ICC T20 Worldcup 2022 and CWG 2022 check out the Schedule, Live Score and Medals Tally. Like us on Facebook or follow us on Twitter for more sports updates. You can also download the NDTV Cricket app for Android or iOS.