Rohit Sharma's scintillating form in World Cup 2019 has seen him plunder 647 runs in eight innings, and now, he is on the verge of breaking two massive World Cup records. 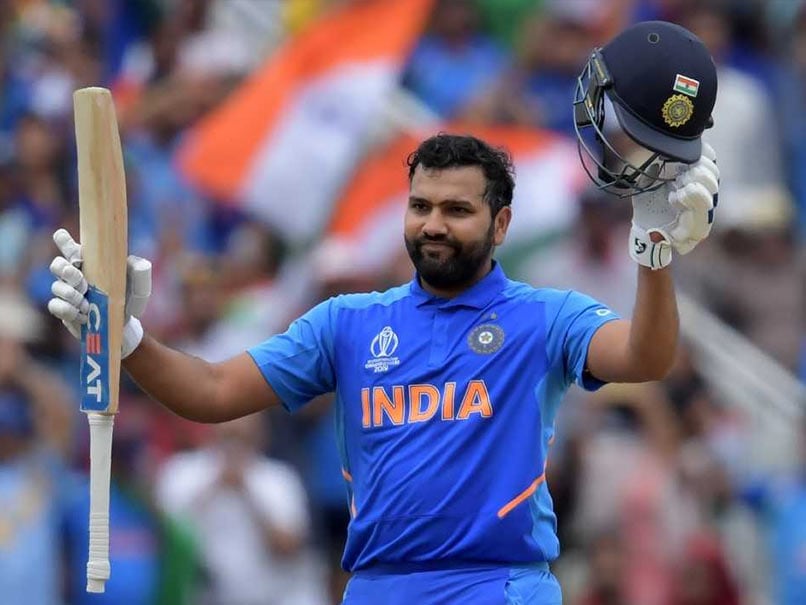 Rohit Sharma is the current top run-getter in World Cup 2019 with a total of 647 runs.© AFP

But what makes for astounding reading is that Sachin Tendulkar took 44 innings to hit six World Cup hundreds, Rohit Sharma got there in 16.

The Indian vice-captain started World Cup 2019 with an unbeaten 122 in his team's opening win over South Africa on a tough batting wicket at Southampton.

On Saturday, in India's final league match of World Cup 2019, the Indian opener reached his ton with a boundary off Kasun Rajitha to pass the mark set by Sri Lanka's Kumar Sangakkara, who scored four hundreds at the 2015 tournament.

He reached his century off 92 balls with 14 fours and two sixes but was dismissed shortly afterwards, caught by Angelo Mathews off the bowling of Rajitha for 103.

He is only the fourth batsman after Sachin Tendulkar, Matthew Hayden and Shakib Al Hasan to score more than 600 runs at a single World Cup. Thanks to a hundred against South Africa in the second match on Saturday, David Warner became the fifth batsman to scale the 600-run mark, taking his total tally in World Cup 2019 to 638 runs.

Sachin Tendulkar World Cup 2019 Cricket
Get the latest updates on ICC T20 Worldcup 2022 and CWG 2022 check out the Schedule, Live Score and Medals Tally. Like us on Facebook or follow us on Twitter for more sports updates. You can also download the NDTV Cricket app for Android or iOS.