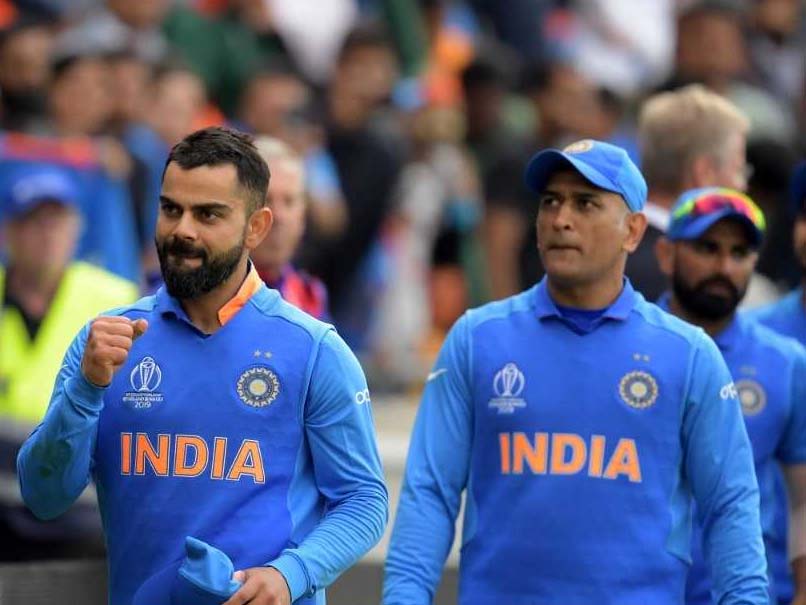 India made light work of Sri Lanka in their final World Cup 2019 league stage match at Headingley in Leeds on Saturday. Riding on their seven-wicket win against Sri Lanka, India took the top spot on the points table with 15 points from nine matches. On the other hand, Australia, who were the table toppers before their 10-run defeat against South Africa, slipped to second position. England are placed third with 12 points, while New Zealand occupy the fourth spot with 11.

India will take on New Zealand in the first semi-final to be be played at Old Trafford in Manchester on Tuesday.

Australia will lock horns with England in the second semi-final that is scheduled to be played at Edgbaston in Birmingham on Thursday.

The final will be played at the Lord's on Sunday.

A loss to South Africa in Manchester means Australia finish second on the points table behind India. pic.twitter.com/cIMNDM4utP

Rohit Sharma became the first player to hit five centuries in a single World Cup as India cantered to an all-important seven-wicket win.

The opener smashed 103 off 94 deliveries as semi-finalists India chased down their target of 265 in 43.3 overs to end the group stage with seven wins, one defeat and a washout.

Sharma's opening partner KL Rahul top-scored with 111 as the pair put on 189 runs for the first wicket to put India in complete command.

Man-of-the-match Sharma reached his milestone with a boundary off Kasun Rajitha to pass the mark set by Sri Lanka's Kumar Sangakkara, who scored four hundreds at the 2015 tournament.

His century came off 92 balls, with 14 fours and two sixes.

As far as Australia are concerned, Faf Du Plessis' side made 325/6 and restricted the holders to 315 all out in the run chase on Saturday.

Australia's defeat, only their second of the tournament, meant they had to settle for second place in the group table, which concluded with their match at Old Trafford.

New Zealand Cricket Team World Cup 2019 Cricket
Get the latest updates on ICC Women's Cricket World Cup 2022 and IPL 2022, check out the Schedule , Live Score and IPL Points Table. Like us on Facebook or follow us on Twitter for more sports updates. You can also download the NDTV Cricket app for Android or iOS.