World Cup 2019: "Most Amazing Team To Be A Part Of," Says Virat Kohli After India Crush Sri Lanka

Depending on the outcome of Australia vs South Africa match, India will play either England or New Zealand in the semi-final 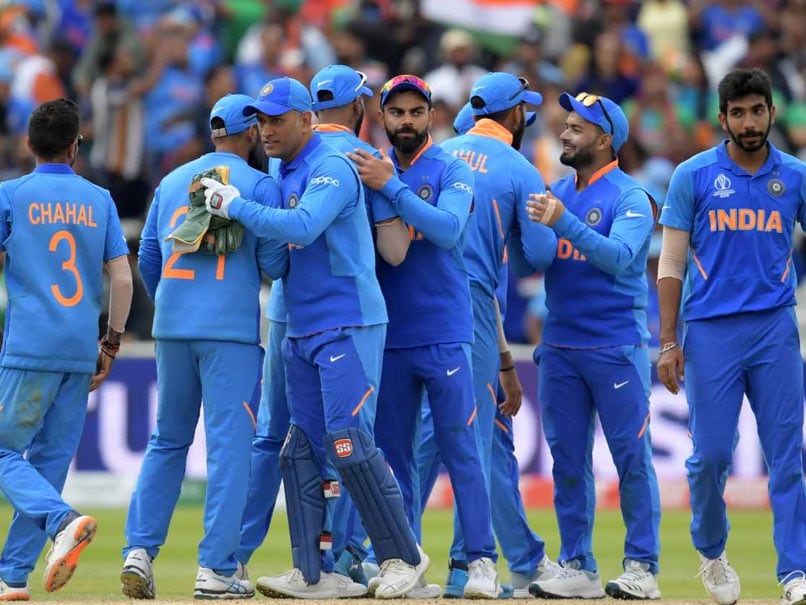 India beat Sri Lanka by seven wickets in their last league match of World Cup 2019 to displace Australia from the top of the points table for the time being. Rohit Sharma entered the record books as he became the first player to score five centuries in one World Cup. KL Rahul also impressed, scoring his maiden World Cup century. Indian skipper was delighted with his team's all-round performance. Kohli, who has shared the dressing room with greats like Sachin Tendulkar since making his ODI debut in 2008, declared the current crop of players as the “most amazing team to be a part”.

Speaking at the post match presentation, Kohli said, “To be honest, we didn't expect this kind of scoreline heading into the semis. But that's what consistent performances and hard work get you. Really proud and happy of our team. Most amazing team to be a part of”.

Depending on the outcome of Australia vs South Africa match, India will play either England or New Zealand in the semi-final.

When asked who he would prefer to play in the semi-final, the Indian skipper said, “The opposition has never mattered. We don't focus on what the opposition brings to the table. If we don't play well anyone can beat us and if we play well we can beat anyone.”

“The focus has to be within and we are confidence of our skill sets. We just want to go out there in the semifinal and express our skills and strengths as a team. So regardless of who we will play, we want to play good cricket and get the result our way,” he added.

Reflecting on his side's performance so far and what lies ahead of them, Kohli said, “More or less everything is set. But we don't want to be one dimensional, I think the team that is more flexible on the day has more chances of executing what they want to.”

India won seven out of nine league matches (one match being a washout) and finished the league phase of the tournament with 15 points.

Sri Lanka Cricket Team
Get the latest updates on T20 World Cup, check out the T20 World Cup Schedule and Live Score . Like us on Facebook or follow us on Twitter for more sports updates. You can also download the NDTV Cricket app for Android or iOS.