Rishabh Pant and Ambati Rayudu were left out of the India World Cup 2019 team. 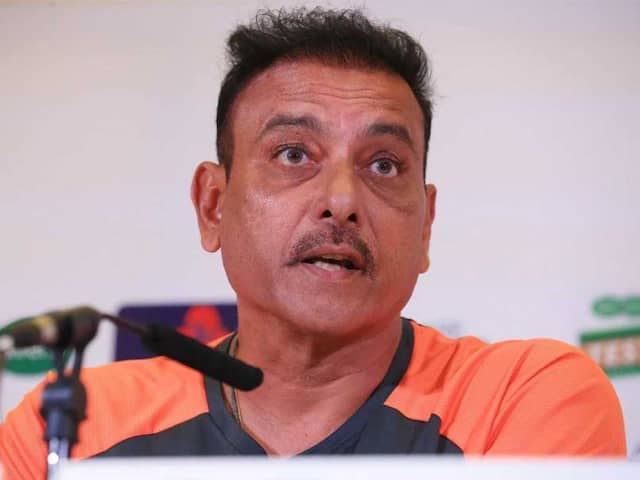 Indian cricket team coach Ravi Shastri says that Rishabh Pant and Ambati Rayudu shouldn't lose heart after they failed to make it to the World Cup 2019 squad, announced recently. "When you only have 15 to pick, there is bound to be someone or the other who misses out, which is very unfortunate,” Ravi Shastri was quoted by icc-cricket.com. He also added that he would've preferred a 16-man squad for a long tournament like the World Cup.

One thing he did address was the selection headache at No. 4 which has three candidates in form of MS Dhoni, Vijay Shankar and KL Rahul. Addressing the issue, the commentator-turned-coach said, “Total flexibility depending on conditions and opposition”.

Shastri also rubbished all claims that Indian batting order is top-heavy and is too reliant on its top-three of Rohit Sharma, Shikhar Dhawan and skipper Virat Kohli.

He countered such claims saying, “If you look at the last five years, the way the Indian team has performed, they have always been in the top two or three”. He explained, “To be in top two or three for five years in a row, No.1 in Tests, again top three in T20I cricket, you can't depend on one player, you need a bunch of players performing all the time. Due credit to the team.”

The former India all-rounder tipped England to start as favourites. “England have been the most consistent team over the last two years,” said Shastri – before adding that given the format of the tournament, “there are so many teams that can beat any team on a given day.”

Ambati Rayudu Rishabh Pant Ravi Shastri World Cup 2019 Cricket
Get the latest Cricket news, check out the India cricket schedule, Cricket live score . Like us on Facebook or follow us on Twitter for more sports updates. You can also download the NDTV Cricket app for Android or iOS.