The Pakistan Cricket Board on Wednesday announced that it will hold a "robust review" of the team and its support staff after the World Cup. 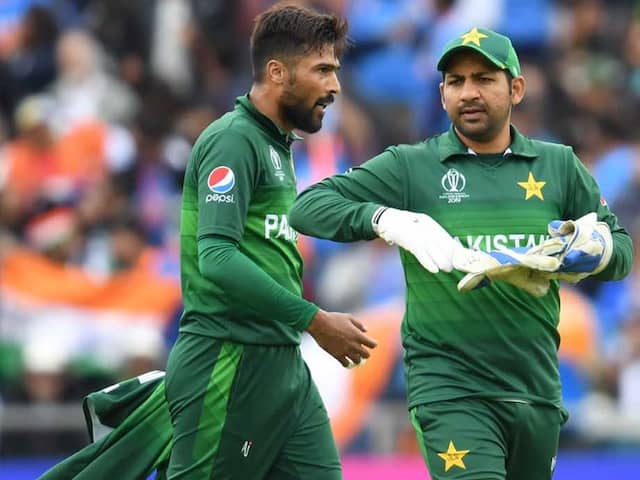 Pakistan are languishing at the ninth place in the World Cup standings.© AFP

The Pakistan cricket team, under the captaincy of Sarfaraz Ahmed, are struggling to stay alive in the ongoing World Cup 2019. To make things worse, they were also handed an 89-run run defeat by arch-rivals India on Sunday. The Pakistan Cricket Board (PCB) on Wednesday announced that it will hold a "robust review" of the Pakistan team and its support staff after the World Cup and submit its recommendations to PCB chairman Ehsan Mani and the Board of Governors (BoG).

"The BoG had a discussion on the Pakistan cricket team's recent performance across all formats," said a release handed to the media after the 54th meeting of the BoG at the PCB headquarters in Lahore.

The release further said that the members "agreed that the team's performance in the ongoing World Cup to date has been below expectation, but expressed faith, support and confidence in the side, and hoped they will utilise all their talent and potential in the remaining matches to bounce back strongly and finish on a high."

"It was agreed that following the World Cup, the PCB will carry out a robust review and analysis of the team and the support staff's performances in the past three years and submit its recommendations to the Chairman and the BoG for their consideration," said the release.

Pakistan are languishing at the ninth place in the World Cup standings after losing three of the five matches they have played so far, while one game was washed out. They have gone through a losing streak of 11 ODIs this year. The calls for reforms intensified after Pakistan surrendered meekly lost against India at the World Cup on Sunday.

Pakistan Cricket Team World Cup 2019 Cricket Pakistan Cricket Board
Get the latest Cricket news, check out the India cricket schedule, Cricket live score . Like us on Facebook or follow us on Twitter for more sports updates. You can also download the NDTV Cricket app for Android or iOS.