The Pakistan team has been under a constant barrage ever since they lost their World Cup 2019 league match against India. 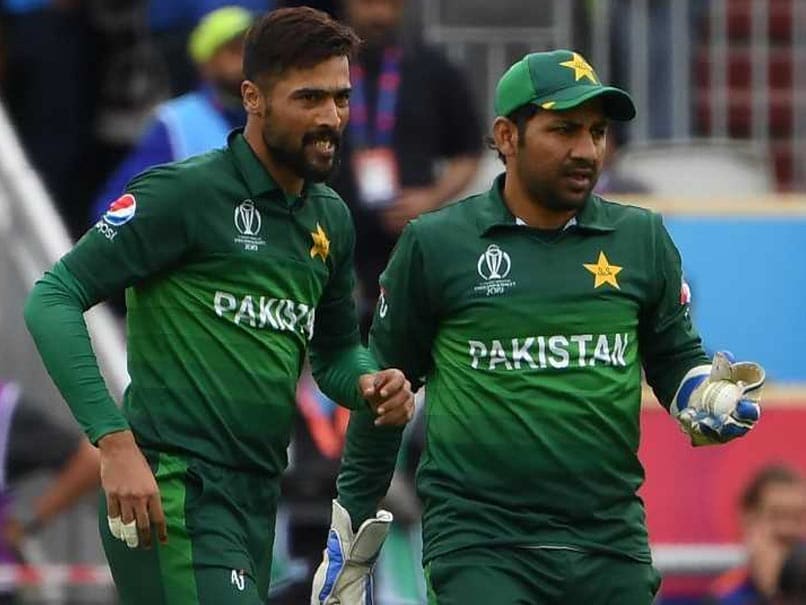 Mohammad Amir was the only silver lining on an otherwise forgettable day for Pakistan in Manchester.© AFP

Pakistan were completely outclassed by a rampant India when the two teams clashed in a World Cup 2019 league-stage match at Old Trafford, Manchester on Sunday. The fallout for the Pakistan was severe as former players and fans tore into the team's underwhelming performance. While former pacer Shoaib Akhtar dubbed Sarfaraz Ahmed a "brainless captain" in a passionate rant on his YouTube channel, many fans used expletives to describe their team's performance. Mohammad Amir was the only silver lining for Pakistan on an otherwise torturous outing and the left-arm pacer took to Twitter to plead with fans not "use bad words for the players" while criticising their performance.

"Pls dont use bad words for the players yes u guys can criticise our performance we will bounce back InshAllah we need ur support," wrote Mohammad Amir on Twitter.

Pakistan were no match for a much superior Indian team that cruised to an 89-run win via the DLS method in Sunday's World Cup 2019 clash in Manchester.

India opener Rohit Sharma led the demolition with his 140 off 113 deliveries to pile on 336 for five in 50 overs.

Pakistan could only muster 212 for six in their revised target of 302 in 40 overs in the rain-affected match.

Rohit Sharma, who scored his second hundred of the competition, put on 136 runs for the opening wicket with KL Rahul to see off the initial threat from Pakistan quick Mohammad Amir.

Even as carnage unfolded around him, Amir was the only one who created a bit of pressure on the Indian batsmen, ending up with figures of three for 47 off his 10 overs.

Their third defeat in five matches means, Pakistan have to win their last four group games to have any chance of making the semi-finals of the round robin event, with South Africa next up on June 23.

Mohammad Amir World Cup 2019 India vs Pakistan, Match 22 Cricket
Get the latest updates on ICC Women's Cricket World Cup 2022 and IPL 2022, check out the Schedule , Live Score and IPL Points Table. Like us on Facebook or follow us on Twitter for more sports updates. You can also download the NDTV Cricket app for Android or iOS.