The PCB chairman said the nation expects an improved show from Sarfaraz Ahmed and his team in the upcoming matches of the showpiece event. 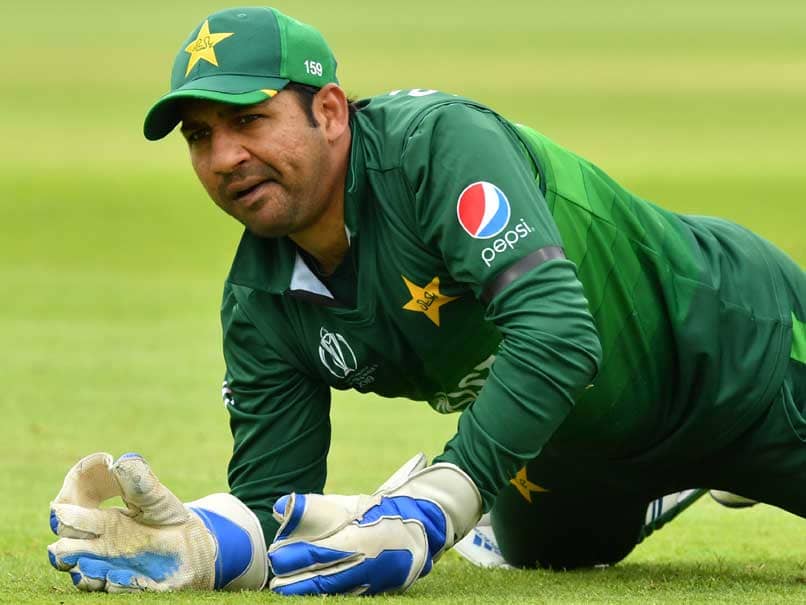 Sarfaraz Ahmed had warned his teammates of possible backlash back home.© AFP

Pakistan suffered yet another loss to India in World Cup, the seventh in as many meetings at the International Cricket Council's (ICC) showpiece event, at Old Trafford on Sunday. Following the 89-run loss, via the DLS method, Pakistan skipper Sarfaraz Ahmed warned his teammates of further backlash at home if they don't improve in the remaining matches of the ongoing World Cup 2019. However, according to a news reported in news.com.pk, Pakistan Cricket Board (PCB) chairman Ehsan Mani phoned Sarfaraz Ahmed on Tuesday and assured him that the entire nation stands by the team.

Mani added that the nation expects an improved performance from Pakistan in the upcoming matches of the showpiece event.

The PCB chairman told Sarfaraz not to divert his attention from the game by giving attention to "baseless news stories" and asked him to keep calm and lead the team to better performance in the upcoming matches, the report added.

The development comes after the Pakistan skipper had warned his teammates of possible backlash after loss to India.

"If anyone thinks that I will go home, then it is their idiocy. If God forbid something unfortunate happens then I won't be the only one going back home," Pakistani media outlet, 'thenews.com.pk', quoted Sarfaraz as saying.

Sarfaraz's captaincy was called "brainless" by former pacer Shoaib Akhtar, while Shoaib Malik, who was out for a first-ball duck in the game against India, found himself in the eye of a storm after videos of a night-out with Indian tennis star wife Sania Mirza went viral on social media.

The captain has urged the team to forget the loss against the neighbours and move on. "Forget the bad performance and uplift the team for the remaining four matches," Sarfaraz said.

Pakistan, with three points from five games, are placed ninth in the table. They will next face South Africa in a do or die clash for them on June 23 at the Lord's.

Old Trafford, Manchester World Cup 2019 Cricket India vs Pakistan, Match 22 Pakistan Cricket Board
Get the latest updates on IPL 2021, IPL Points Table , IPL Schedule 2021 , live score . Like us on Facebook or follow us on Twitter for more sports updates. You can also download the NDTV Cricket app for Android or iOS.