MS Dhoni has become India's batsman to watch, not necessarily for his great finishing skills but whether he is being used at the correct slot. 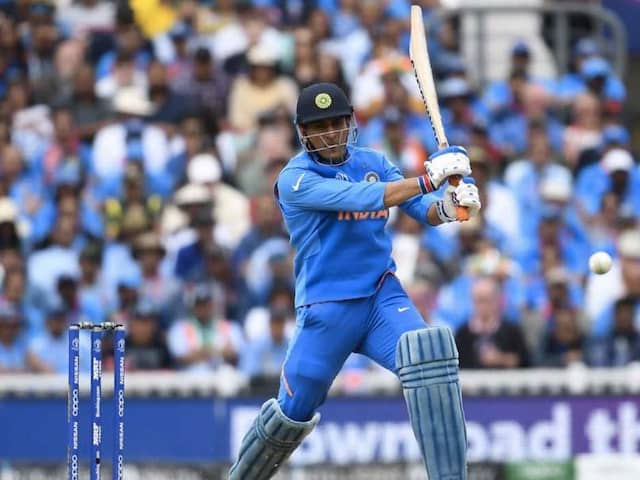 MS Dhoni faced a lot of criticism for his slow batting approach against Afghanistan.© AFP

One of the big stories in Indian cricket nowadays is how MS Dhoni is faring and whether he was really effective at his present batting slot. This school of thought got more impetus after Sachin Tendulkar went on record, expressing his unhappiness at the way MS Dhoni and Kedar Jadhav's partnership progressed during their World Cup 2019 league match with Afghanistan, which India managed to bag, but not without some major stress. This observation fed fire to whether MS Dhoni was really pulling his weight at No. 5, or would it be better to promote Kedar Jadhav.

MS Dhoni scored 34 runs off 46 deliveries in India's first World Cup 2019 match with South Africa, followed by a rapid-fire 27 off 14 against Australia.

After the match with New Zealand was rained out, MS Dhoni was dismissed for just one run off two balls against Pakistan and then scored a painstaking 28 off 52 balls against Afghanistan.

MS Dhoni will again be in focus when India take on the West Indies in their next World Cup 2019 league match at Old Trafford on Thursday and the knives will be out again if the veteran doesn't match up to expectations.

Old Trafford, Manchester World Cup 2019 Cricket West Indies vs India, Match 34
Get the latest updates on IPL 2020, check out the IPL Schedule for 2020 and Indian Premier League (IPL) Cricket live score . Like us on Facebook or follow us on Twitter for more sports updates. You can also download the NDTV Cricket app for Android or iOS.