MS Dhoni was criticised by many, including Sachin Tendulkar, for his slow innings in the World Cup 2019 match with Afghanistan. 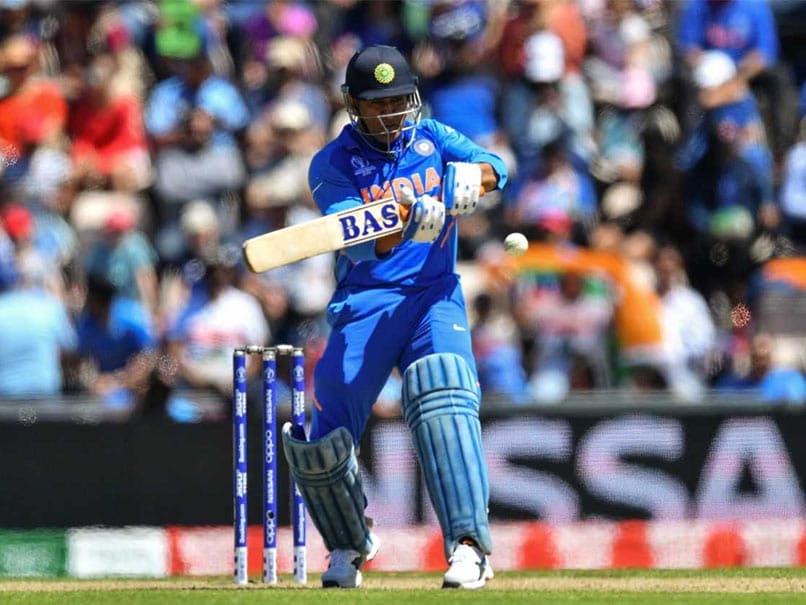 MS Dhoni took 52 balls for his innings of 28 against Afghanistan in India's previous league fixture.© AFP

MS Dhoni, who faced a lot of criticism for his slow batting approach against Afghanistan in India's last game in Southampton, has found backing in former India captain Sourav Ganguly, who has come out in support of the veteran wicket-keeper saying, "it's just one match" and Dhoni will "prove that in this year's World Cup 2019". Ganguly, under whose captaincy Dhoni made his One-day Intentional (ODI) debut, feels that his performance against Afghanistan was a one-off situation and he will prove that he is a great asset to the Indian team in the remaining matches of the tournament.

"At the end of the day, MSD is a very good batsman and he will definitely prove that in this year's World Cup 2019 as well despite his sticky form against Afghanistan. It's just one match," Ganguly was quoted as saying by DNA.

Dhoni took 52 balls to score 28 runs which had reduced India's scoring rate in the middle overs and they managed to score just 224 runs in their allotted 50 overs which eventually they were able to defend on the back of some disciplined bowling from Jasprit Bumrah and Mohammed Shami.

For his slow knock, Dhoni was criticised by many, including Sachin Tendulkar. Tendulkar had said that Dhoni should have shown more positive intent during his time at the crease.

Tendulkar's views didn't go down well with Dhoni's ardent fans and they took to social media to make their disappointment known.

The World Cup-winning captain has not had many opportunities with the bat so far in the World Cup and has scored 90 runs in four innings for Team India.

MS Dhoni Sourav Ganguly World Cup 2019 Cricket
Get the latest updates on India vs South Africa and check out  Schedule, Results and Live Score. Like us on Facebook or follow us on Twitter for more sports updates. You can also download the NDTV Cricket app for Android or iOS.