With Shikhar Dhawan out injured, the Indian team will be scratching their heads about who replaces the in-form batsman as opener, with KL Rahul being the likeliest candidate. 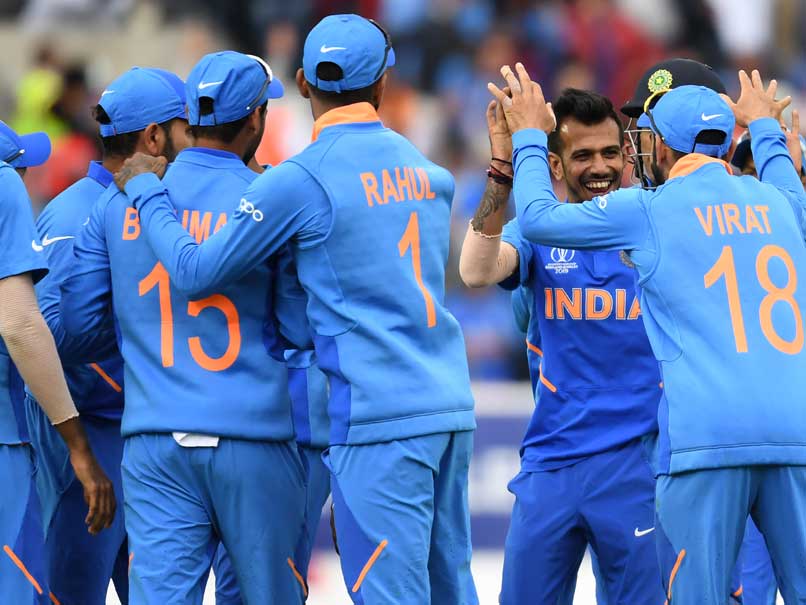 India started their campaign with strong performances against South Africa and Australia.© AFP

Despite an injury to India's go-to man in the ICC tournaments, Shikhar Dhawan, India are still the favourites ahead of their World Cup 2019 clash against New Zealand on Thursday at Nottingham. Whoever replaces the left-handed opening batsman at the top of the order will be put through a stern test against a formidable New Zealand seam attack. However, all the eyes would be on the rain that has forced three washouts in the tournament so far. KL Rahul is likely to be Rohit Sharma's opening partner for India's third game World Cup and the duo will look to provide a solid start for the middle order to cash-in later.

India have started their campaign with a couple of strong performances against South Africa and Australia. Dhawan, who failed to get off the blocks in the warm-ups, came roaring back into the form against Australia with a match-winning inning of 117.

During his innings, Dhawan was hit on his left thumb that has forced him out of action for at least three weeks.

New Zealand's fast bowler Lockie Ferguson is rearing to go on a track that provides assistance to the bowlers.

"West Indies have shown that there's some extra bounce available at Trent Bridge and that can cause trouble. I am looking forward to the challenge as I like Trent Bridge as a ground," Ferguson was quoted as saying by the media.

Kane Williamson World Cup 2019 Cricket India vs New Zealand, Match 18
Get the latest updates on IPL Auction 2023 and check out  IPL 2023 and Live Cricket Score. Like us on Facebook or follow us on Twitter for more sports updates. You can also download the NDTV Cricket app for Android or iOS.