Jason Roy and Jonny Bairstow's first-wicket stand was the best by any team against India at the World Cup 2019. 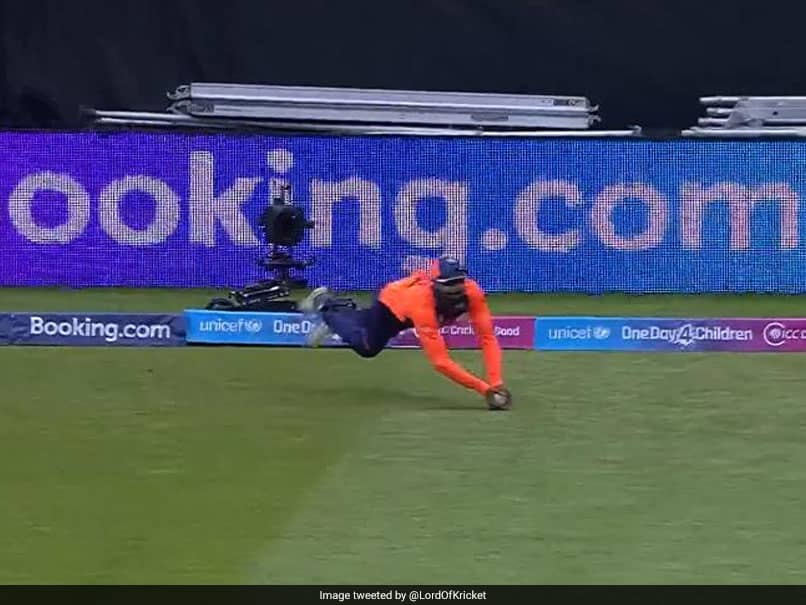 Ravindra Jadeja, who was brought on to field as a substitute to KL Rahul, took a stunning catch to dismiss Jason Roy and break England's first-wicket stand of 160 runs in Birmingham on Sunday. It was the highest first-wicket stand by any team at the World Cup 2019 against a formidable Indian bowling line-up. Jason Roy, who got a lucky escape in the India vs England World Cup 2019 match earlier, was dismissed after Ravindra Jadeja took a catch diving forward at long-on. The much-needed breakthrough brought instant smiles on the faces of Indian cricketers and Virat Kohli pumped up his fist to express his happiness.

Roy, who slammed his bat as he walked off the ground, was the only wicket India were able to get in the first 30 overs.

Jadeja, who has always been good on the field for India, was appreciated for his effort by the cricket fraternity and fans.

Ravindra jadeja after realising he has been taken into squad for fielding
#INDvENG pic.twitter.com/gnU0qOrQjj

Tournament hosts England are looking to win the World Cup for the first time, had struggled to make good starts in Roy's absence.

Meanwhile India -- needing just one win from their three remaining group games to secure a semi-final place -- made one change, with batsman Rishabh Pant preferred to all-rounder Vijay Shankar.

Shankar, who has been replaced in the playing XI, made three appearances at the World Cup 2019 but did not perform as per expectations.

India skipper Virat Kohli, at the toss, showed belief in young Rishabh Pant and said, "he brings in a lot of fearlessness".

Jason Roy World Cup 2019 England vs India, Match 38 Cricket
Get the latest updates on India vs Australia Series, check out the India vs Australia Schedule for 2020-21 and Ind vs Aus live score . Like us on Facebook or follow us on Twitter for more sports updates. You can also download the NDTV Cricket app for Android or iOS.