Virat Kohli showed belief in Rishabh Pant during the India vs England match toss and said, "he brings in a lot of fearlessness". 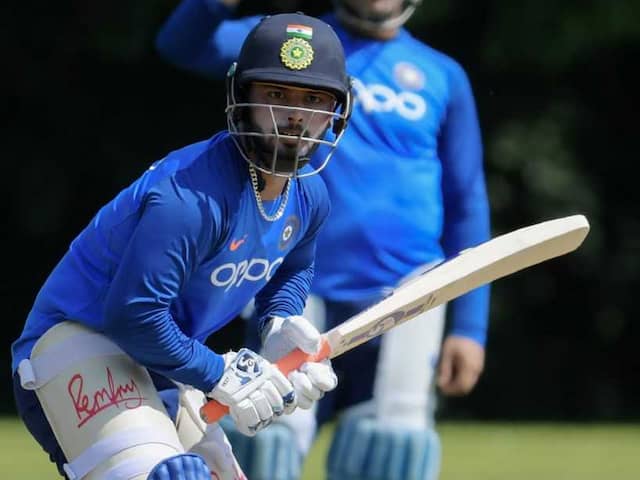 Rishabh Pant replaced injured Vijay Shankar in India's playing XI against England to make his maiden appearance in the World Cup. Vijay Shankar, who was backed as India's No.4 batsman after Shikhar Dhawan's injury, was ruled out of the India vs England World Cup 2019 match with a "toe niggle". The 21-year-old Pant will be making his sixth One-Day International (ODI) appearance. He has scored 93 runs in ODIs and yet to score a century or half-century in this format.

Pant was the only change for away team in the India vs England World Cup 2019 match. Shankar, who has been replaced in the playing XI, made three appearances at the World Cup 2019 but did not perform as per expectations.

India skipper Virat Kohli, at the toss, showed belief in young Rishabh Pant and said, "he brings in a lot of fearlessness".

"We do have one change. Vijay Shankar has a toe niggle, Rishabh Pant is in. He brings in a lot of fearlessness. There is a small boundary. Once he gets to 20, then it's a different ball game," Kohli said.

Pant was included in India's World Cup 2019 squad after Dhawan was ruled out of the quadrennial event with an injury. He was earlier designated as a reserve for the Indian cricket team.