India were restricted to 224 for eight in 50 overs by Afghanistan on a tricky surface at The Rose Bowl in Southampton. 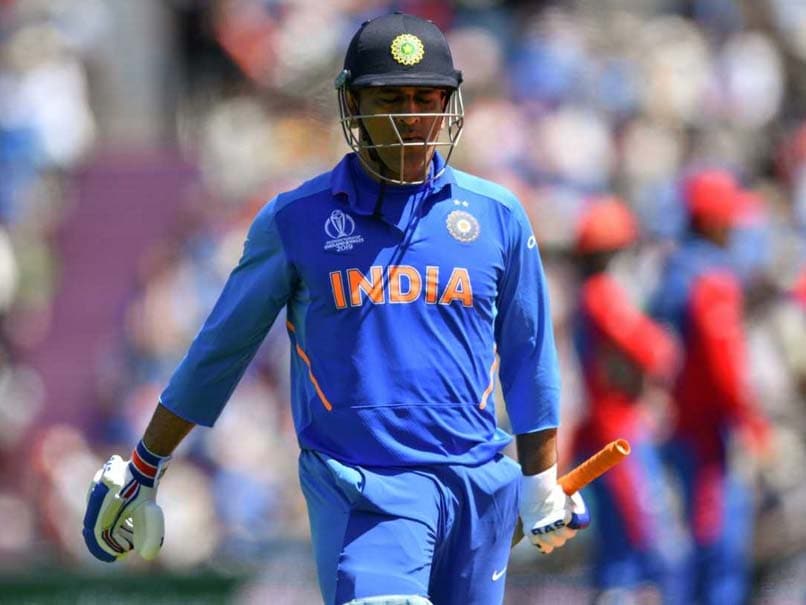 MS Dhoni and Kedar Jadhav stitched a 57-run stand for the fifth-wicket but played out 84 balls when India required an aggressive approach from the two batsmen in a World Cup 2019 match against Afghanistan on Saturday. India's World Cup-winning captain MS Dhoni managed 28 runs off 52 balls with the help of three boundaries, while Kedar Jadhav scored 52 runs off 68 balls, including three boundaries and a six. India were restricted to 224 for eight in 50 overs on a tricky surface at The Rose Bowl in Southampton.

The duo's approach, both while batting together and individually, was criticised by fans and experts on social media. While many fans came up hilarious memes on Twitter, former England captain Michael Vaughan took a sarcastic jibe on Jadhav's selection over young wicket-keeper Rishabh Pant.

"The rest of the world will be delighted if Kedar Jadhav continues to play ahead of Rishab Pant... !! #CWC19 #JustSaying," Vaughan said on Twitter.

The rest of the world will be delighted if Kedar Jadhav continues to play ahead of Rishab Pant ... !! #CWC19 #JustSaying

Vaughan's suggestion was echoed by many on social media, some of whom even rated Ravindra Jadeja over Jadhav.

Ball to Dhoni and Jadhav - pic.twitter.com/0fjpGNUvAb

2 seasons at CSK and Dhoni has ruined Kedar Jadhav's batting. Has lost all his fluency and sometimes plays dotballs deliberately and not necessarily on merit

Kedar Jadhav coming in after Kohli gets out... #INDvAFG pic.twitter.com/mMhuPzQVWh

Dhoni going back to pavilion after scoring 7(32) pic.twitter.com/GG0DdLJoMz

Some fans came in support of Dhoni, who was deceived by spinner Rashid Khan in the 45th over. The 37-year-old was stumped by Afghanistan wicket-keeper Ikram Ali Khil, only for the second time in his One-day International career comprising 345 matches so far.

I seriously think Dhoni does not deserve all this trolling. Remember his role is to take the match deep. It was Kedar Jadhav who played a slow andselfish inning which added up pressure on Dhoni. #INDvAFG #Dhoni

Me trying to figure out why everyone is criticising Kedar Jadhav when he is clearly the second best batsman today. #IndvAfg pic.twitter.com/GCJLUitBli

No other batsman managed to impress much with the willow as KL Rahul and Vijay Shankar managed 30 and 29 respectively. Rohit Sharma, Hardik Pandya and Mohammed Shami were among those who were dismissed for a single-digit score.

The Rose Bowl, Southampton Cricket World Cup 2019 India vs Afghanistan, Match 28
Get the latest updates on IPL Auction 2023 and check out  IPL 2023 and Live Cricket Score. Like us on Facebook or follow us on Twitter for more sports updates. You can also download the NDTV Cricket app for Android or iOS.