India vs Afghanistan Highlights, 2019 ICC Cricket World Cup: Jasprit Bumrah sent both set Afghanistan batsmen back to the pavillion in the same over to bring India back in the game. 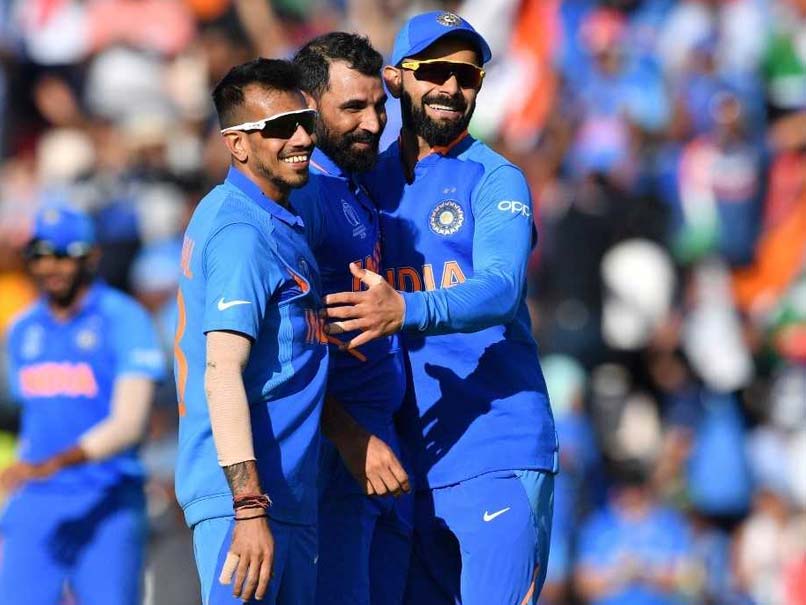 Jasprit Bumrah and Mohammed Shami held their nerves in crunch situation and executed their plans perfectly in the death overs to help see-off Afghanistan resistance and eventually beta them beat by 11 runs in a nail-biting encounter at The Rose Bowl Stadium in Southampton. Shami completed became the second Indian bowler in the history of World Cup to complete a hat-trick after Chetan Sharma achieved the feat in 1987 World Cup, also played in England. Indian batsmen failed to deliver for the first time in the tournament and finished the innings at 224/8. Afghanistan lost the first wicket early. They added decent runs for the second and third wickets and put pressure back on the Indian bowlers. Bumrah struck twice in the 29th over to get India back in the game. From there on Indian bowlers kept picking wickets at regular intervals and pushed Afghanistan on the backfoot.  Bumrah bowled a tidy penultimate over and Shami's hat-trick in the final over sealed the match in India's favour. (SCORECARD)

Afghanistan Cricket World Cup 2019 India vs Afghanistan, Match 28 Live Score Live Cricket Score Live Blogs
Get the latest updates on ICC T20 Worldcup 2022, check out the Schedule and Live Score. Like us on Facebook or follow us on Twitter for more sports updates. You can also download the NDTV Cricket app for Android or iOS.