MS Dhoni is only behind Sachin Tendulkar in the list of most capped ODI players for India. 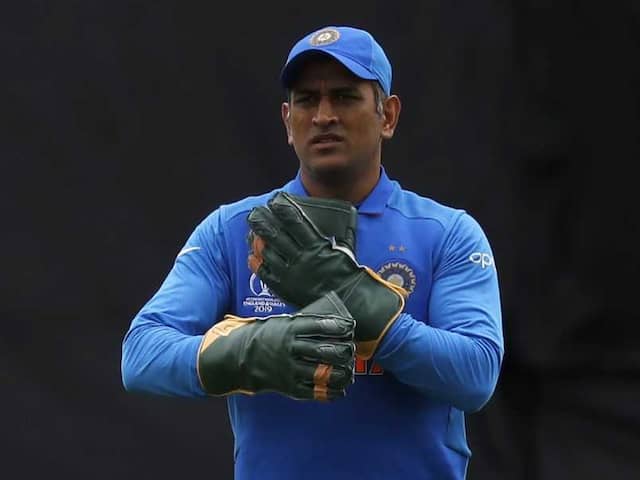 MS Dhoni is a veteran of four World Cups© AFP

Veteran MS Dhoni (341), while featuring in the World Cup 2019 tie against Pakistan, became the second-most capped One-day International (ODI) player for India, surpassing Rahul Dravid's tally of 340 ODI appearances. Only cricket legend Sachin Tendulkar (463) has made more ODI appearances for India than MS Dhoni. The former India captain has been the go-to man for many youngsters including skipper Virat Kohli. His ability to read the game from behind the stumps and guide his bowlers accordingly makes him an indispensable part of Team India.

Dhoni's knack to pull off no look run outs and brilliant stumpings makes one of the finest stumpers in world cricket.

Dhoni has played two cameo knocks for India in the World Cup 2019, notching up the scores of 34 and 27.

A veteran of over 340 ODI matches, Dhoni has amassed 10,561 runs at an average of over 50. He also holds the highest score of an unbeaten 183 and has scored 10 centuries and 71 half-centuries in his ODI career span of 15 years, so far.

The 37-year-old's slow scoring rate has faced constant criticism from fans and cricket fraternity but in the Indian Premier League (IPL) 2019, he showed that he can still finish the games for his side.