England qualified for the semi-finals of World Cup 2019 with two convincing victories against India and New Zealand. 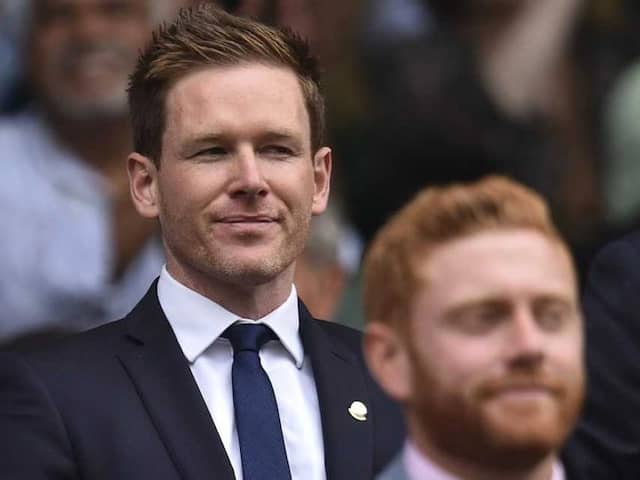 Eoin Morgan along with his England teammates are watching Wimbledon 2019 from centre court.© AFP

Eoin Morgan, Jonny Bairstow, Joe Root and several other players of England cricket team made full use of a mini-break ahead of their all-important semi-final match of World Cup 2019. The English cricketers turned up to see the biggest tennis stars competing at Wimbledon with captain Morgan saying he was looking forward to watching Rafael Nadal and Roger Federer play on the Centre Court. England qualified for the semi-finals of World Cup 2019 with two convincing victories against India and New Zealand.

When asked about his experience of attending a Wimbledon match, England skipper Eoin Morgan described it as "absolutely awesome".

"It's the kind of break that we have been looking for quite some time to get distracted and do something that we enjoy doing," Morgan said describing his experience.

"Coming to Wimbledon is quite an iconic moment in the middle of the summer. It's absolutely awesome. We are fortunate to be in the Royal Box today. It's gonna be a great viewing," Morgan added.

Answering whether he will be keeping a track of the last two league matches which will determine who they will face in the semi-final, Morgan said, "Yes, I will".

"Throughout the day, I'll be keeping an eye on it. Not too much but definitely an eye," he added.

England await a confirmation on who they will be playing in the semi-final as India and Australia both have one game remaining.

ICC too took to Twitter and shared a video where the crowd was seen acknowledging English cricketers.

A lot of love for England's ace cricketers at #Wimbledon

The perfect way for some of the #CWC19 squad to switch off ahead of a semi-final!@Wimbledon pic.twitter.com/nBrX0ULivi