Nick Kyrgios received a warning for unsportsmanlike behaviour after a running argument with the umpire while twice serving under-arm. 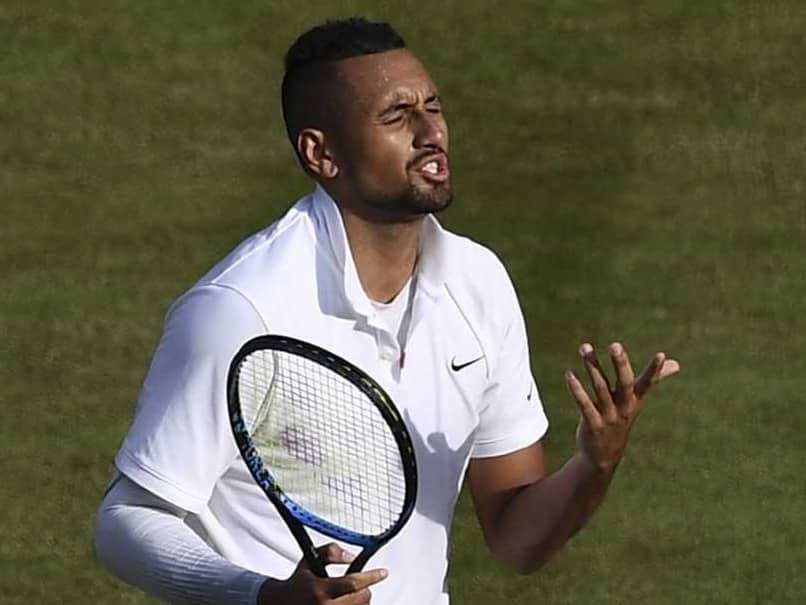 Australian Nick Kyrgios lost to third seeded Rafael Nadal 3-6, 6-3, 7-6, 7-6 in the second round of Wimbledon 2019 on Thursday. The match had its moments, with unseeded Nick Kyrgios finding himself in the firing line for an unsportsmanlike behaviour after running into an argument with the umpire while twice serving under-arm. The serve left his Spanish opponent Rafael Nadal and the London crowd surprised. It was also the first meeting between Rafael Nadal and Nick Kyrgios on the tennis court, after the former had blasted the latter for lacking respect "for the public, the opponent and himself" at the Mexico Open.

THAT is how much this win means to @RafaelNadal!

Nadal's pleasure was evident when he sealed the match against a man he had accused of lacking respect for the sport as he fist-pumped and jumped in the air yelling to his camp seated on Centre Court.

"I was aware of everything," said Nadal, who was winning his 50th match at Wimbledon.

"I was just next to him so I don't want to comment on this but potentially he is a Grand Slam winner."

Nadal will next take on unseeded Jo-Wilfried Tsonga in the third round of Wimbledon 2019 on Saturday. He had previously won the Wimbledon twice -- in 2008 and 2010.

Comments
Topics mentioned in this article
Rafael Nadal Nick Kyrgios Tennis
Get the latest updates on India vs England Series, India vs England , live score and IPL 2021 Auction . Like us on Facebook or follow us on Twitter for more sports updates. You can also download the NDTV Cricket app for Android or iOS.