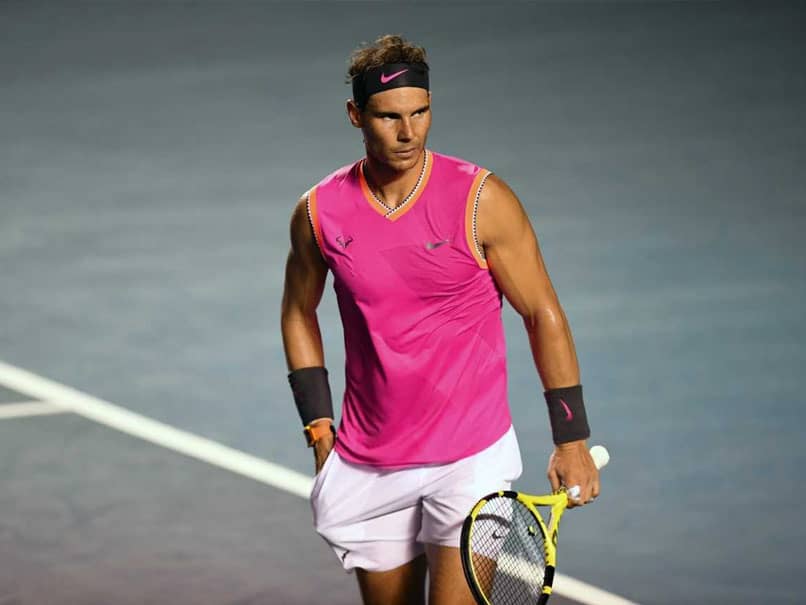 Rafael Nadal accused Nick Kyrgios of lacking respect "for the public, the opponent and himself" after a stormy defeat to the Australian firebrand at the Mexico Open. Kyrgios survived three match points to beat top-seeded Nadal 3-6, 7-6 (7/2), 7-6 (8/6) on Wednesday and reach the quarter-finals. However, 17-time major winner Nadal was furious with Kyrgios who at one stage complained of being sick, served underarm late in the match before cupping his ear to the boos of the crowd at the conclusion of the second round tie.

"He is a player with huge talent and could be winning Grand Slams or fighting for the number one ranking," said Nadal.

"But he lacks respect for the public, the opponent and for himself."

Kyrgios, ranked 72 in the world, hit back at Nadal.

"I'm different, Rafa's different. He can focus on what he needs to do. He doesn't know the journey I have been on, he doesn't know anything about me," said Kyrgios who famously stunned Nadal as a teenager at Wimbledon in 2014.

"I am not going to listen at all. That's the way I play. The way he plays is very slow between points.

"I've got my game, he's got his game. People are different, that's the sport."

Nadal, playing his first tournament since falling to Novak Djokovic in the Australian Open final, had three chances to close out Wednesday's match after taking a 6-3 lead in the third-set tiebreaker.

Kyrgios saved the first with a leaping drop shot, and the second with a net-skimming volley.

Nadal was just wide with a passing shot to make it 6-6, double-faulted to give Kyrgios a chance and sailed a backhand long to end the match after three hours and three minutes.

Kyrgios screamed and dropped to the court in celebration -- a conclusion that seemed unlikely when he complained to a trainer after the opening set that he was feeling ill but feared the fallout should he retire.

Kyrgios steeled himself to continue, and distractions seemed forgotten as he became absorbed in the battle.

Down 0-40 in the ninth game of the second set, Kyrgios saved four break points to keep the set on serve and raced to a 5-0 lead in the tiebreaker.

Kyrgios, who received treatment on his lower back before the start of the third, was in trouble again in the sixth game, but fought off five break points to stay on terms and push it to the decisive tiebreaker.

Kyrgios leveled his head-to-head record with Nadal at 3-3 and will play three-time Grand Slam champion Stan Wawrinka for a place in the semi-finals.

Haddad Maia's victory over the fourth-ranked American was her first over a top-10 player in seven opportunities.

"It was just a tough match, obviously she played well," said Stephens, who is playing in Acapulco for the first time since winning the 2016 title. "A tough day. But I'm not too sad about it.

"I'm just going to go back and work some more, practice some more and get ready for Indian Wells."

Haddad Maia, 22, next faces China's Want Yafan, who was leading Monica Puig 4-1 when the Puerto Rican retired with an injury.

Comments
Topics mentioned in this article
Rafael Nadal Nick Kyrgios Tennis
Get the latest updates on IPL 2021, IPL Points Table , IPL Schedule 2021 , live score . Like us on Facebook or follow us on Twitter for more sports updates. You can also download the NDTV Cricket app for Android or iOS.