The 39-year-old Chris Gayle will retire from One-day Internationals following the World Cup 2019. 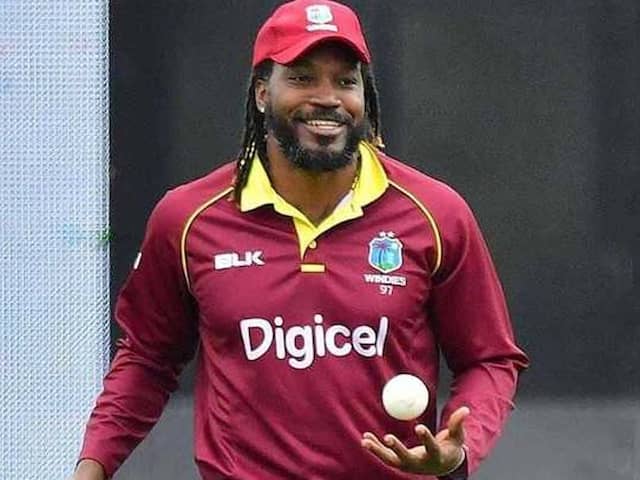 Chris Gayle will be playing his fourth and last World Cup.© AFP

Chris Gayle has been appointed as the vice-captain of the Windies World Cup team that will be led by Jason Holder. The 39-year-old Jamaican, who will retire from the One-day International (ODI) format of the game following the Cricket World Cup 2019 expressed his gratitude and support to the Windies team. Windies play their first match against Pakistan on May 31 at Trent Bridge, Nottingham. Before their first 2019 World Cup outing, the Windies will play two warm-up matches against South Africa and New Zealand on May 26 and 28 respectively.

"It is always an honour to represent the West Indies in any format and this World Cup for me is special. As a senior player it is my responsibility to support the captain and everyone else in the team," Gayle said in an official statement released by Cricket West Indies on Monday (local time).

"This will probably be the biggest World Cup, so there will be great expectations and I know we will do very well for the people of the West Indies," he added.

Meanwhile, Shai Hope, the wicket-keeper batsman was announced as Holder's deputy for the ongoing Tri-nation series against Ireland and Bangladesh.

"It's a tremendous honour to be appointed vice-captain for this series here in Ireland. Ahead of this tournament, I was asked to take on this role and I was happy to accept. Anything I'm asked to do for West Indies cricket I'm always happy and willing to put my hand up, so this is great," Hope said in an official statement released by Cricket West Indies.

West Indies Cricket Team Cricket World Cup 2019
Get the latest Cricket news, check out the India cricket schedule, Cricket live score . Like us on Facebook or follow us on Twitter for more sports updates. You can also download the NDTV Cricket app for Android or iOS.