The Bangladesh Cricket Board was forced to add red to the all-green kit the players had posed in. 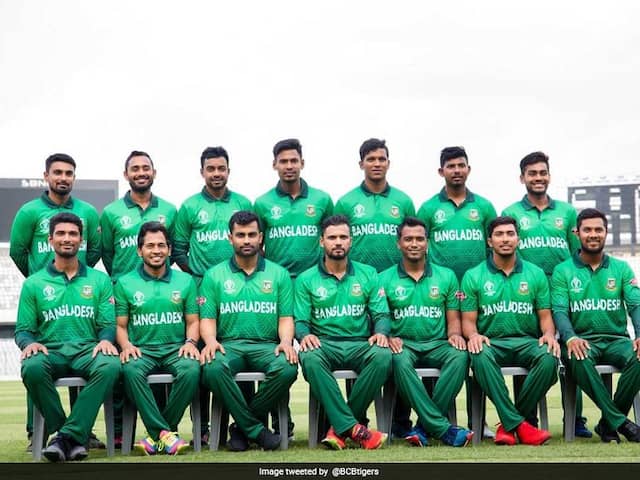 The Bangladesh Cricket Board approached the ICC to get the nod to make the change.© Twitter

After facing flak from fans, the Bangladesh Cricket Board (BCB) has been forced to change the colour scheme of its team's main World Cup jersey, adding red to the all-green kit the players had posed in. The BCB, according to a ESPNCricinfo report, approached the ICC to get the nod to make the change. The Bangladesh national flag has a red circle on a green background and when the jersey was released initially, social media went into a tizzy with fans criticising the thought process behind the design.

"After the jersey unveiling yesterday, I sat with the board directors to look at the jersey again," BCB president Nazmul Hassan was quoted as saying by ESPNCricinfo.

"Someone spotted the lack of red in the jersey. We have now decided to add the red to our jersey."

"Initially, it was the ICC who told us not to have the red in our jersey," Hassan said adding: "We have a separate jersey, completely red (with white lettering), for some of the other games."

The new jersey has a red patch along the middle of the shirt with the team's name written on it in white.

"We have usually had red and green in our jerseys over the years but there were times when we didn't have the red," Hassan said.

"I remember it was yellow and green during the 1999 World Cup and the 2000 Asia Cup. We have, in the past, also left to an open competition to design the jersey, but since this is an ICC event, we had to send them the design for their approval," he added.

Bangladesh Cricket Team Cricket World Cup 2019
Get the latest Cricket news, check out the India cricket schedule, Cricket live score . Like us on Facebook or follow us on Twitter for more sports updates. You can also download the NDTV Cricket app for Android or iOS.