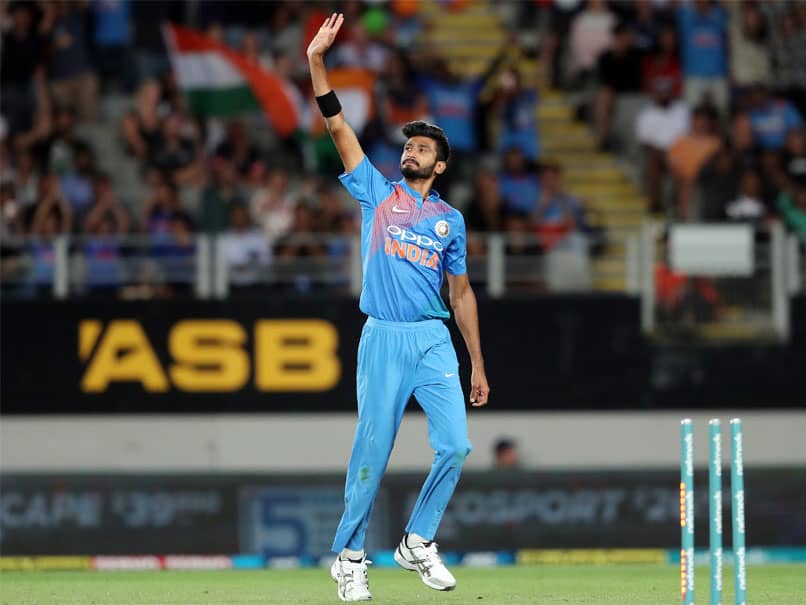 The Board of Control for Cricket in India (BCCI) on Monday named four fast bowlers to assist Team India in their preparation for World Cup 2019. The list released by the cricket board on their official website includes Navdeep Saini, Avesh Khan, Khaleel Ahmed and Deepak Chahar. The impressive bunch of young pacers Saini, Khaleel and Chahar have displayed their potential for their respective franchises in the Indian Premier League (IPL) 2019. While Avesh featured in only a solitary match in the ongoing season of the lucrative season.

The 33-year-old Karthik got the nod ahead of the 21-year-old Pant despite an indifferent IPL campaign with the Kolkata Knight Riders.

"The second wicketkeeper comes into play only if Mahi (Mahendra Singh Dhoni) is injured. We went ahead with Karthik because of his experience in big matches," Prasad said while announcing the squad here. The side, expectedly led by Virat kohli, comprises five specialist batsmen, two wicket-keepers, three fast bowlers, three all-rounders and two specialist spinners.

Tamil Nadu all-rounder Vijay Shankar made it for his "three-dimensional" qualities.

India will later face defending champions Australia on June 9, followed by heavyweights New Zealand on June 13. The much-awaited clash between India and Pakistan will take place on June 16.

India Cricket Team Khaleel Ahmed Navdeep Saini World Cup 2019 Cricket
Get the latest updates on IPL 2020, check out the IPL Schedule for 2020 and Indian Premier League (IPL) Cricket live score . Like us on Facebook or follow us on Twitter for more sports updates. You can also download the NDTV Cricket app for Android or iOS.