With the Indian batting suddenly looking a little lopsided, Rishabh Pant has become the talk of World Cup 2019 as India's newest No. 4 batsman. 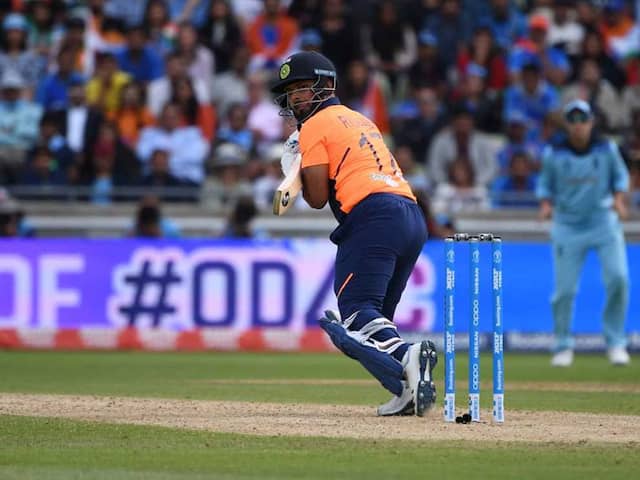 Much of the discussion surrounding India's World Cup 2019 match with England was about the new No. 4 batsman, Rishabh Pant. Touted by many as India's new hope, Rishabh Pant was called up first as a reserve when Shikhar Dhawan was injured, then as a replacement for Dhawan when he was ruled out. Rishabh Pant had to sit out a few matches as India tried all sorts of combinations before fielding him as a batsman at No. 4. It wasn't a very credible debut as Pant, like all the other batsmen, could not fathom the English bowling.

However, there is no real doubt that he is there to stay, at least till the next couple of games, beginning with the clash with Bangladesh on Tuesday at Edgbaston.

Rishabh Pant made quite a name for himself as a T20 International and Indian Premier League player but his One-day International credentials are not as impressive, especially since he has played only six.

But with MS Dhoni on the last stages of his career, it is only a matter of time before Pant becomes a regular in the ODI format as well.

Rishabh Pant World Cup 2019 Cricket Bangladesh vs India, Match 40
Get the latest Cricket news, check out the India cricket schedule, Cricket live score . Like us on Facebook or follow us on Twitter for more sports updates. You can also download the NDTV Cricket app for Android or iOS.