England take on traditional rivals Australia in the second World Cup 2019 semi-final in what promises to be a high-voltage clash. 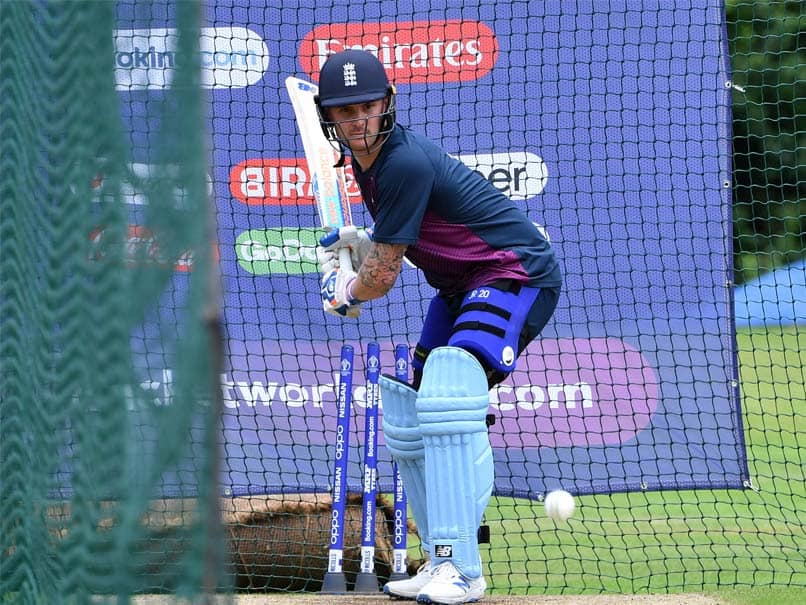 Jason Roy scored 60 and 66 runs in his last two matches at the World Cup.© AFP

England will take on defending champions Australia in the second World Cup 2019 semi-final at Edgbaston on Thursday, in a bid to clinch a maiden title at the ICC showpiece event. The winners of the second semi-final in Birmingham will face New Zealand, who defeated India in the first semi-final on Wednesday, in the summit clash at Lord's on Sunday. Unlike the low-scoring India-New Zealand encounter, the Australia vs England clash is expected to be a high-scoring semi-final match.

Australia currently hold the record of five World Cup titles and would like to extend their domination in the 50-over format further with another crown at England's own backyard.

When the two sides clashed in the league stage, Australia thrashed the hosts by 64 runs at Lord's.

England opener Jason Roy, who missed the match against Australia due to a hamstring injury, made a promising comeback in the subsequent games. He scored 66 against India in Birmingham and 60 against New Zealand in Chester-le-Street.

The 28-year-old right-handed batsman is expected to open the innings with the dangerous Jonny Bairstow in the crucial semi-final as he was seen engaged in a light training session at Edgbaston.

England are expected to play an unchanged playing XI from their last league stage match, in which they defeated New Zealand to qualify for the semi-finals.

Australia, on the other hand, have confirmed that wicketkeeper-batsman Peter Handscomb will make his way to the playing XI. He is expected to replace injured batsman Usman Khawaja in the team.

Another wicket-keeper Matthew Wade was called up as an injury cover but his chances seem thin at the knockout stage.

The rest of the team, unchanged from the South Africa, looks set for the big-ticket encounter.

Edgbaston, Birmingham World Cup 2019 Cricket Australia vs England, 2nd Semi Final
Get the latest updates on IPL 2020, check out the IPL Schedule for 2020 and Indian Premier League (IPL) Cricket live score . Like us on Facebook or follow us on Twitter for more sports updates. You can also download the NDTV Cricket app for Android or iOS.