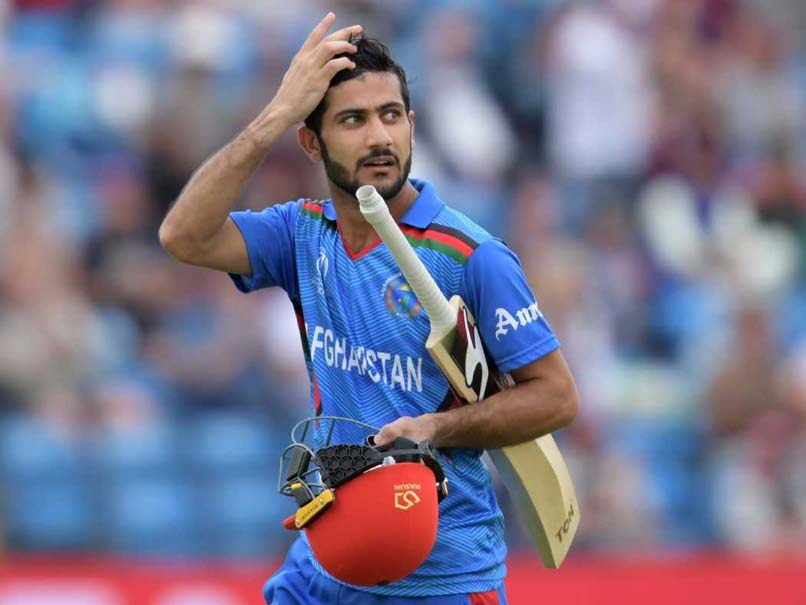 Afghanistan batsman Ikram Ali Khil on Thursday broke cricket legend Sachin Tendulkar's long-standing record to become the youngest player to register a 80+ score in the World Cup history. Ikram Ali Khil, at the age of 18 years and 278 days notched up 86 runs in Afghanistan's last league match against West Indies, but failed to help his side end their winless run in the World Cup 2019. However, Ikram bettered Tendulkar's record, who had scored 81 runs at the age of 18 years and 318 days in a World Cup match against Zimbabwe in 1992.

The wicketkeeper-batsman also said he is fond of Sangakkara's abilities to rotate strike and tries to imitate him.

"Kumar Sangakkara is always in mind and my thoughts when I am batting out there," Ikram was quoted as saying by cricketworldcup.com

"His ability to rotate strike and find a boundary when needed, that is what made him a world class batsman. That is what I try to copy as much as I can.

"I'm very proud to have broken the record of a legend like Tendulkar. It makes me very happy," he added.

The 18-year-old has made nine appearance for Afghanistan, scoring 148 runs at an average of 24.67. His knock of 86 runs in the losing cause for Afghanistan was also his best-ever score in the One-Day International (ODI) format.

Sachin Tendulkar World Cup 2019 Cricket
Get the latest updates on ICC T20 Worldcup 2022, check out the Schedule and Live Score. Like us on Facebook or follow us on Twitter for more sports updates. You can also download the NDTV Cricket app for Android or iOS.