Despite the victory, West Indies remain second-bottom of the 10-team table and will slink home with just two wins from nine matches. 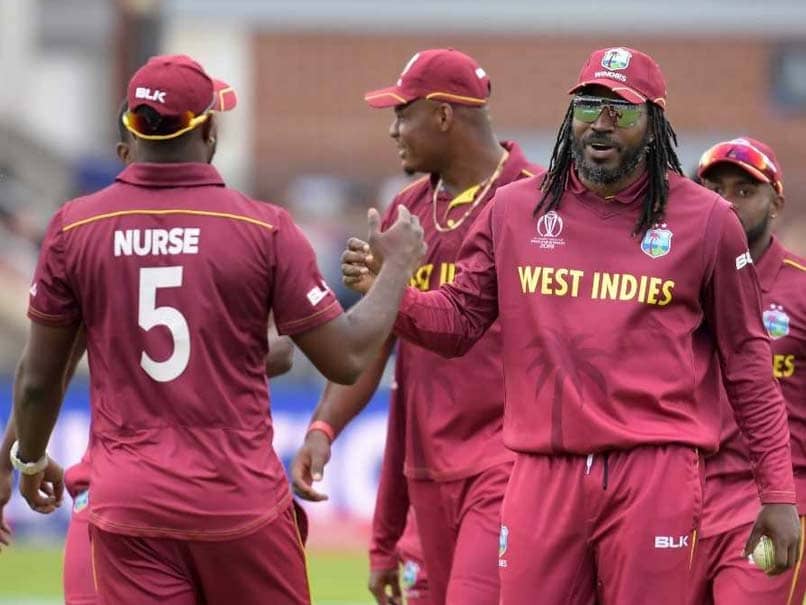 Chris Gayle removed Afghanistan top-scorer Ikram Ali Khil with his tame off-breaks as the West Indies secured just their second win of a chastening World Cup campaign on Thursday. The Caribbean side scored 311 for six in their 50 overs in Leeds and although the Afghans put up a brave fight, they ultimately went down by 23 runs. Chris Gayle, almost certainly playing in his final World Cup match at the age of 39, failed with the bat but struck with the ball, trapping Ali Khil lbw for 86 in the 36th over to put a huge dent in Afghanistan's slim hopes of victory.

Despite the victory, two-time former champions West Indies remain second-bottom of the 10-team table and will slink home with just two wins from nine matches.

Afghanistan have flickered in spells during only their second World Cup -- going close against India and Pakistan -- but head home with a dispiriting nine defeats out of nine.

The West Indies, who smashed 111 runs of the last 10 overs, had captain Jason Holder and Nicholas Pooran to thank for their acceleration after solid contributions from Evin Lewis (58), Shai Hope (77) and Shimron Hetmyer (39).

Gayle was caught behind after a slash against Dawlat Zadran for just seven and remains 10 runs short of Brian Lara's all-time West Indian record of 10,348 one-day international runs.

Pooran picked up where he left off against Sri Lanka, hitting 58 to add to his century in a losing cause earlier this week, Holder smashed a quickfire 45 while Carlos Brathwaite lashed 14 off four balls.

In reply, Alikhil put on 133 for the second wicket with Rahmat Shah (62) and there were notable contributions by Najibullah Zadran and Asghar Afghan but ultimately they did not have the batting firepower to get them over the line.

Paceman Kemar Roach was the pick of the West Indies bowlers, finishing with figures of 3-37 in his 10 overs.

West Indies began the tournament with a comprehensive seven-wicket win against Pakistan and many tipped them as dark horses for the title, with a power-packed batting line-up and fearsome pace attack.

But they have been error-prone and lacklustre, failing to turn their promising positions into concrete results.

Afghanistan will head home with more experience under the belts but with major questions over their batting strength and their lack of quality seam bowlers.

Afghanistan World Cup 2019 Cricket Afghanistan vs West Indies, Match 42
Get the latest updates on IPL 2021, IPL Points Table , IPL Schedule 2021 , live score . Like us on Facebook or follow us on Twitter for more sports updates. You can also download the NDTV Cricket app for Android or iOS.