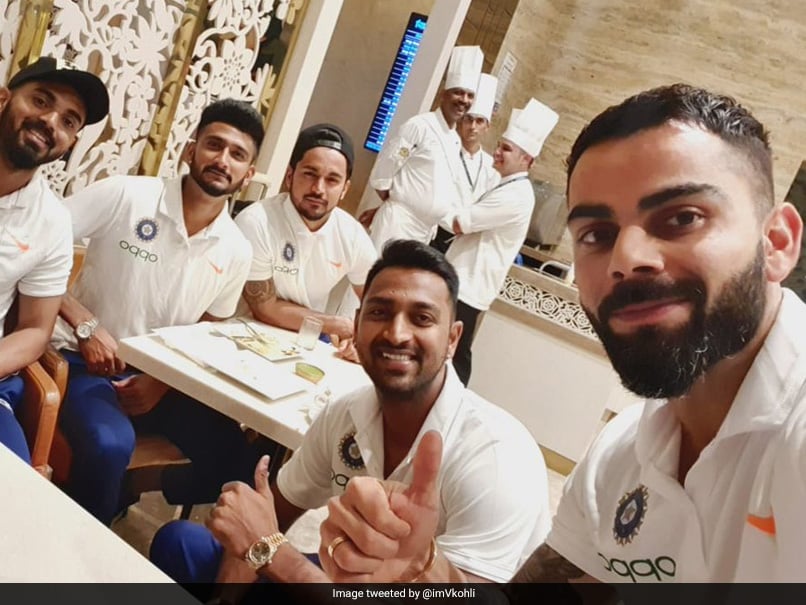 Virat Kohli, after rubbishing all the rumours of rift between him and Rohit Sharma in the pre-departure press conference, tweeted a group picture featuring him and several other team members before boarding a flight to Miami. "Miami Bound," Kohli captioned the picture. Central Broward Regional Park Stadium Turf Ground, Lauderhill in Florida is the venue for the first two T20 Internationals against the West Indies. Indian opener Shikhar Dhawan also tweeted a picture of him and his batting opening partner Rohit Sharma before leaving for the West Indies tour.

All set for West Indies with my partner - The Hit-man! @ImRo45 pic.twitter.com/2ypHn8WNVR

Dhawan is all set to play his first international match after recovering from a thumb injury which ended his World Cup 2019 campaign.

Earlier, Virat Kohli addressed the reporters in the pre-departure conference and answered questions regarding the newly-minted ICC Test Championship, the World Cup defeat and the upcoming T20 World Cup.

Indian skipper categorically denied any rumours of a rift between him and Rohit Sharma, which have been making the rounds after the team returned from England after their loss in the semi-finals of World Cup 2019.

"In my opinion it's baffling to be honest. It's absolutely ridiculous to read such stuff that comes out. I have been to a few public events and the sentiment is 'aap log kya khele (you guys played so well)'," Kohli said, reacting to the rift rumours.

India's head coach Ravi Shastri also dismissed the rumours and said that there is no nonsense in the team. He also clearly highlighted that no individual is greater than the team.

West Indies Cricket Team West Indies vs India 2019 Cricket
Get the latest updates on India vs South Africa and check out  Schedule, Results and Live Score. Like us on Facebook or follow us on Twitter for more sports updates. You can also download the NDTV Cricket app for Android or iOS.