Virat Kohli was hit on his right thumb by a bouncer from Windies fast bowler Kemar Roach in the 27th over. 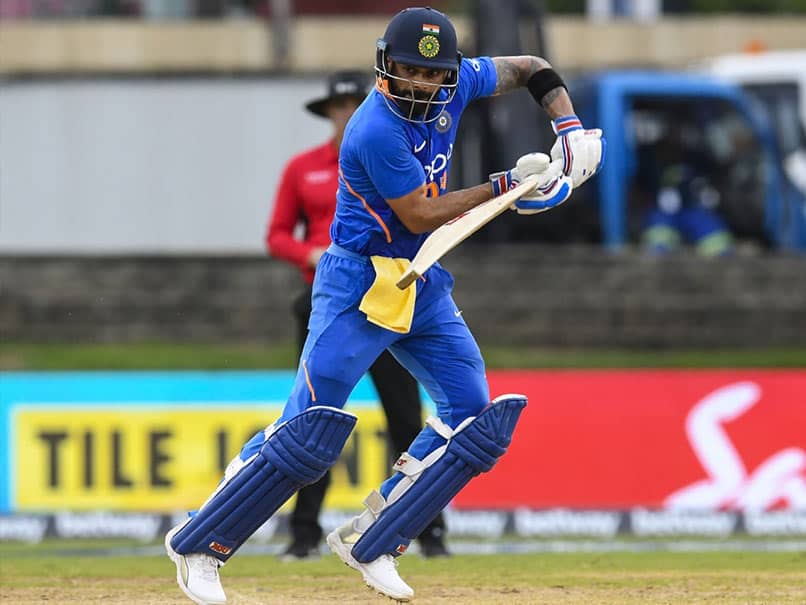 Virat Kohli took a blow to his right thumb during his match-winning knock.© AFP

Virat Kohli took a blow to his right thumb during his match-winning knock against the West Indies in the third One-Day International (ODI) on Wednesday. Virat Kohli was attended by the team physio after he was hit by a bouncer from Windies fast bowler Kemar Roach in the 27th over. However, the Indian skipper quashed the injury scare during the post-match presentation, saying, "I don't think it's a fracture otherwise I wouldn't have continued (batting). It's just a split of the nail".

Asked about the condition of his thumb at the post-match press conference, he said, "Luckily, it's not broken. When I got hit I thought it was worse than what it turned out to be. But it's not broken so I should be good for the first Test."

Kohli hit 114 from 99 balls, his 43rd ODI century and second of the series after the 120 in the second match here, which guided India to a 59-run win under D/L method. He moved closer Sachin Tendulkar's record of 49 ODI hundreds. He now needs seven more ODI centuries to surpass the batting legend.

Meanwhile, the 30-year-old batsman became the leading run-scorer in a decade in international cricket, surpassing former Australia captain Ricky Ponting who had scored 18,962 runs in 2000s.

The first Test between the two sides begins on August 22 at North Sound.